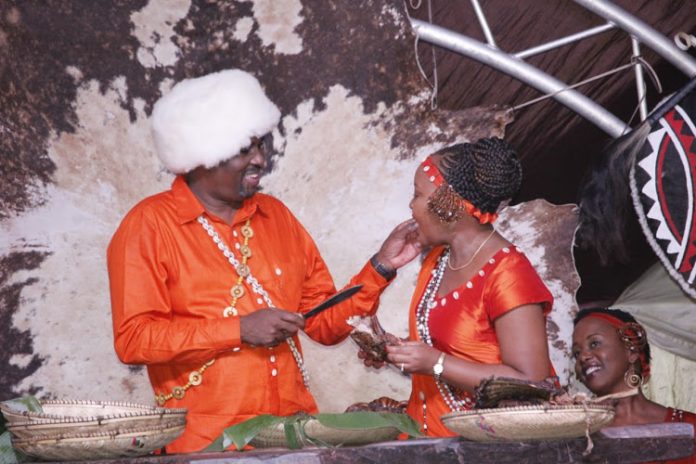 Kirinyaga governor Anne Wiaguru’s wedding has been going on today. The star-studded affair has seen the likes of Dennis Itumbi, Sabina Chege, President Uhuru Kenyatta and Raila Odinga arrive at the venue.

The person everyone was waiting for has finally arrived. The bride, Waiguru arrived a few moments ago. She was dancing and enjoying herself in the company of many other ladies.

The afterwards the two commemorated their marriage with Cutting kiande ceremony.  This is the “cutting of the shoulder”. It is the central point in the entire ceremony.

It is the right ‘arm’ of a roast goat which the groom cuts while the bride holds. When the groom is done, the bride continues holding on to the piece on her hand and the man cuts a piece and feeds her then feeds himself.

The significance of this part of the ceremony; is that It is the seal of the marriage. It is actually recognised in law as the act that signifies that a man and a woman are customarily married. 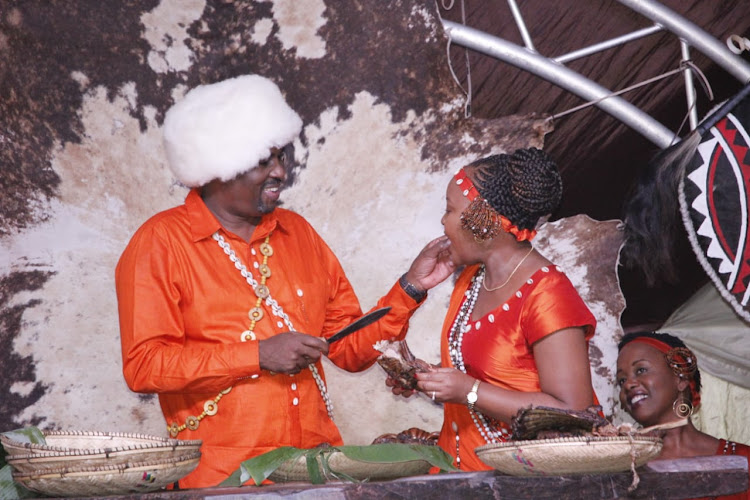 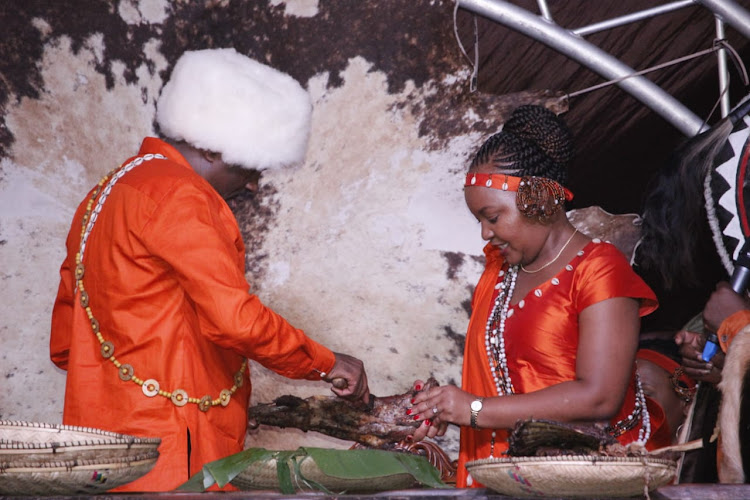 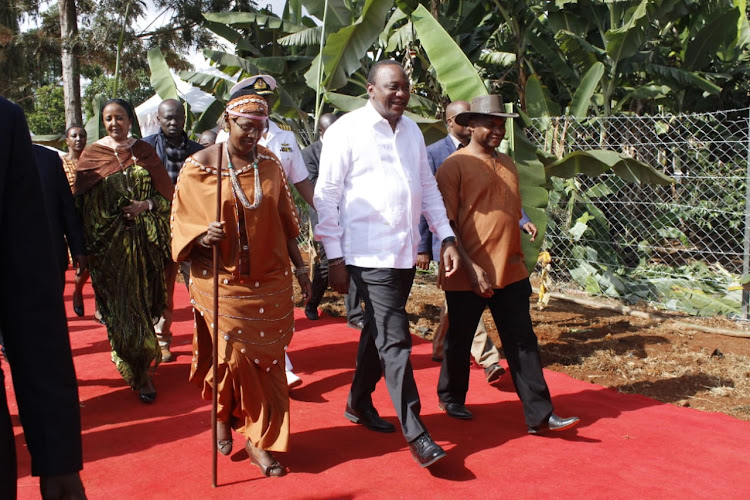 How Masks Are Helping In The War To Control Coronavirus Infections

Kabuga Arrested After 26 Years On The Run

Huawei gears up for humanity’s next technological revolution