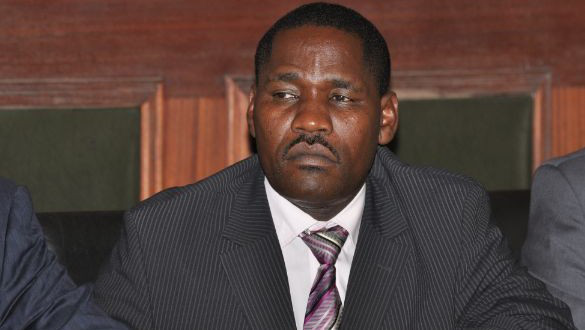 Meru Governor Peter Munya has expressed fears for his life following the ban on miraa to Somalia.

The Council of Governors chairman Wednesday said he was aware of plans to “silence” him for being vocal on the miraa issue. Mr Munya said he was aware of miraa business cartels “that include murderers who are not afraid of carrying out their heinous acts,” who were now targeting him.

“The cartels have started targeting me with lots of propaganda concerning the market. It is a really worrying situation,” he said, adding, “I am being accused of being a hindrance in the marketing of miraa. How can I work against my people?” Munya, who has been accused of breaching protocol by engaging the autonomous Somaliland in the volatile Somalia republic, blamed his political opponents for waging a smear campaign against him. “We know there are people who are not happy and want to make political capital by mudslinging and spreading propaganda,” he said.

The governor claimed that former prominent Meru politician Ntai wa Nkuraru was killed over the miraa issue, and he would not want the same to happen to him.

He claimed there was a calculated move by his opponents to malign his name by claiming he was a hindrance in the marketing of the stimulant in the export market. Claims have been rife that the miraa ban came as a result of Munya’s visit to Somaliland early in the year.

But Wednesday, Munya refuted the claims, saying the Somali government had explained that it had closed its airspace because of current air traffic due to an international summit. “The Government of Somalia has said it was closing the airspace for a few days because of Igad but some propagandists here want to drag Munya into the issue,” the outspoken governor fumed.