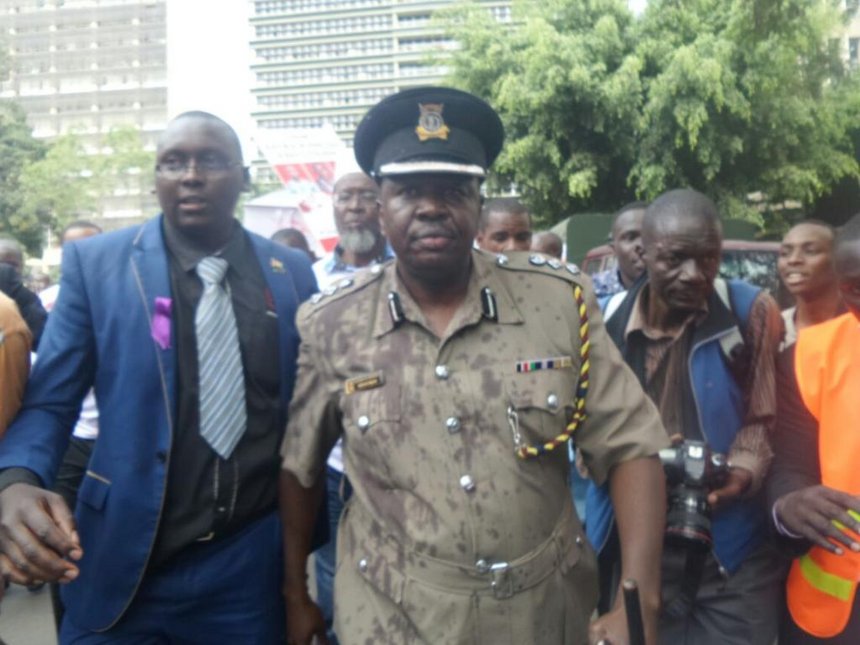 Police spokesman Charles Owino was on Monday roughed up by demonstrators protesting the killing of city lawyer Willie Kimani, his client Josphat Mwenda and their taxi driver Joseph Muiruri.

The protestors spotted Mr. Owino as he was being driven from Vigilance House and immediately started to block the road. According to the Star Newspaper, the protestors demanded that Mr. Owino alights from his vehicle and join the demonstrations.

Mr. Owino obliged and once he stepped out of the vehicle, they poured red paint on him which was symbolic of blood. They then forced him to carry a coffin which according to the Star had been scribbled, ‘Stop Extra Judicial Killings’.

They proceeded to Inspector General Joseph Boinnet’s office where they dumped coffins and demanded to be addressed by him.

Meanwhile in court, three police officers suspected of killing Willie Kimani and his associates were remanded for 14 days following a court order to allow police to finalize on their investigations.