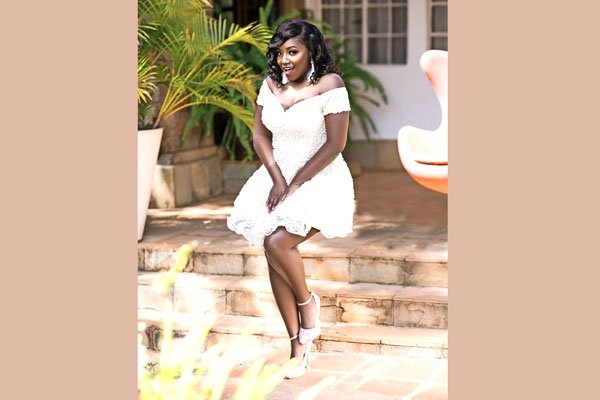 The award-winning actress who just announced that she will be a mother for the second time was a rebel when she was young.

In a past interview, Kate Actress’s mum has shared how her daughter once ran away from home.

“ON SUNDAY I DECIDED TO VISIT A CHURCH IN KONGOWEA TO TALK TO GOD. I FOUND HER LEADING A CHOIR.

The mum added that they found out their daughter was a superstar after they turned on their screens and found her starring on various TV shows and commercials.

“AT SOME POINT SHE DISAPPEARED AWAY FROM HOME ONLY FOR ME TO SEE HER ON THE SCREENS.”

The mother fondly remembers when she was young, she invited people for a party and expected her mum to make it happen.

“ONE DAY KATE TOLD EVERYONE THAT SHE HAD A BIRTHDAY PARTY. SHE INVITED SO MANY KIDS YET I DID NOT HAVE A CLUE DESPITE THE FACT THAT I WAS THE ONE SUPPOSED TO CATER FOR IT.”

The mum continued, “We shifted to Mombasa at some point so one day after school Kate went away with her friends on a Friday and did not inform anyone.”

SHE CONTINUED, “WE PANICKED GIVEN THAT ON SATURDAY SHE HAD NOT SHOWN UP. WE STARTED LOOKING FOR HER, WE EVEN CREATED PHOTOS WHICH WE SHOWED EVERYONE AROUND. WE WENT TO COAST GENERAL HOSPITAL AND COAST MORTUARY BUT DID NOT FIND HER THERE.”

That was when they found her in the church leading the choir.