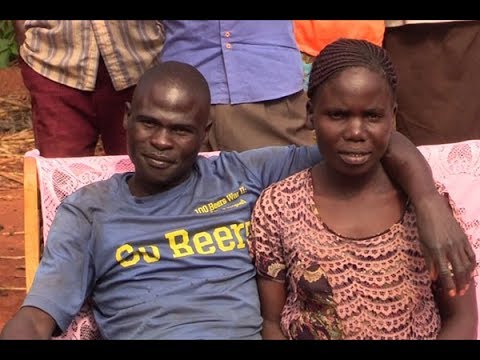 The women from Busia County who switched husbands will now have to stay with their biological children in their new marriages.

This is after the couples signed a joint parenting agreement that was witnessed by the County Commissioner Jacob Narengo and Children Services Director Esther Wasige at a Busia hotel.

Terming the incident unnatural, Ms Wasige said the children were still young and thus could not be allowed to live with someone not their biological mother.

Officers from the Department of Children will be making periodic visits to the couples’ homes to find out how the children are faring on.

Kevine Barasa was told to ensure the two children, Immaculate Auma and Christopher Bwire, had all basic needs. Mr Bwire was also asked to provide for the three children Mr Barasa had with Lilian Weta before their marriage went south.

“The children are below 10 years, so we have agreed that the mothers should stay with them until they are adults,” said Wasige.

“Let them stay the way they want because they are adults, but biological fathers of the children must ensure the children go to school, are clothed and whenever they are sick must get medication,” she added.

Wasige said the documents they signed were legally binding.

“If any party disobeys the agreement we shall sue them for neglecting their children. Therefore, we shall ensure that the agreement is adhered to,” she said.

Mr Narengo urged the public to take marriage seriously. He said the agreement the couples signed was aimed at protecting the children.

“We should ensure that the rights of the children are protected until they are adults. The agreement will be reviewed whenever the need arises,” he said.

He warned the couple that would abuse the rights of the minors would be arrested and prosecuted.

After signing of the agreement, the couples told the media they were happy with their new marriages. Weta and Bwire live in Siroba, Matayos Constituency, while Barasa and Auma stay in Namwitsula, Butula.