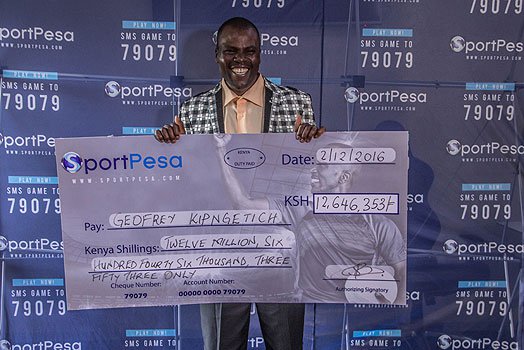 The Sh. 12,646,353 million jackpot has been won! The jackpot was won by Boda Boda Rider Geoffrey Kipng’etich. The jackpot winner revealed that he had been attempting to win it for a two year period. He had placed a bet of Sh. 300 to bag the jackpot. The rider from Keringet District, Nakuru, said that he would use the money to pay for school fees for his children, buy a plot and build a house. Following the win, the new mid-week jackpot for correct prediction of 13 matches opened at Sh. 10 million.

The win came barely two weeks after the Sh. 22.8 million jackpot was won.

It is currently running in line with the Sh. 137,386,214 million mega jackpot which includes a selection of 17 matches.