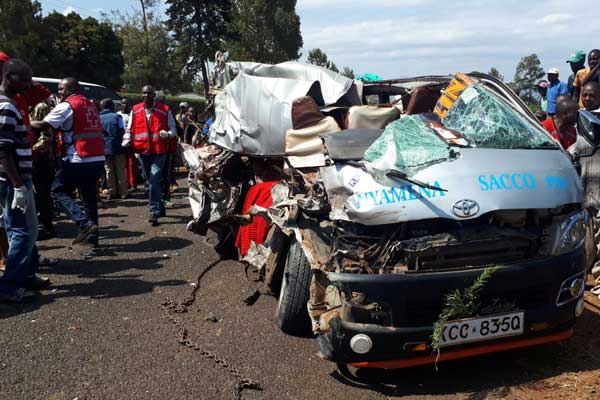 Eight people have died while several others have been seriously injured after a matatu collided head on with a lorry at Ng’onyi in Meru County.

According to eye witnesses, the matatu was overtaking a motorbike when it collided with an oncoming lorry.

“Those in the lorry escaped unhurt.

“We cannot tell the number of those in the lorry but we have found a motorbike at the scene. We are yet to establish the owner and if he survived,” Mr Gitonga said.