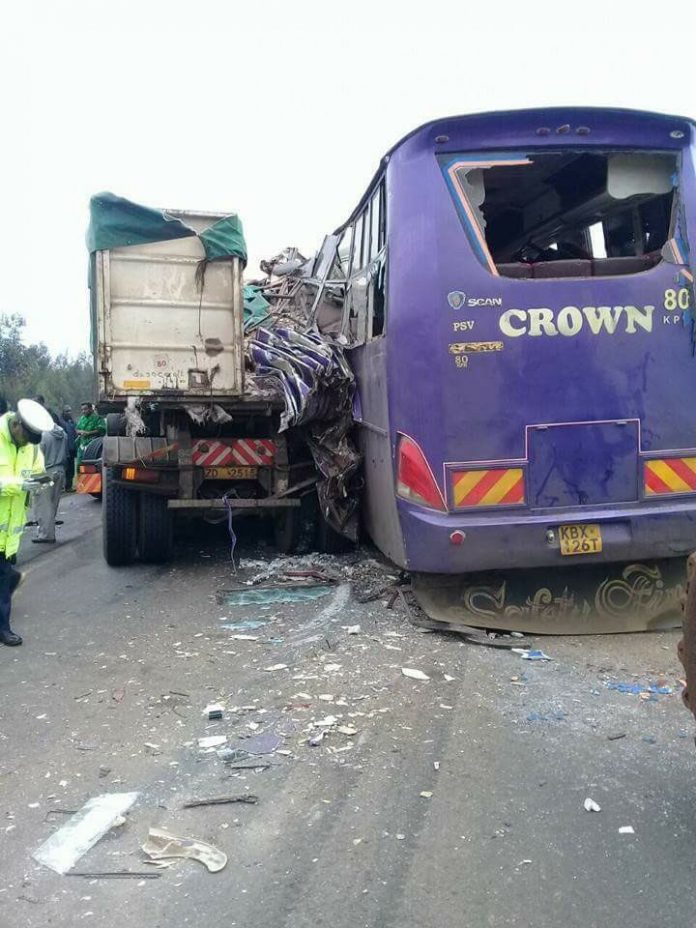 Eight people die and 30 others others injured in a grisly road accident involving a trailer and crown bus at Hill top area in Timboroa along Nakuru-Eldoret Highway.

The morning accident occurred after crown bus rammed into a trailer as it was trying to overtake another vehicle. The area Police boss Agnes Kamau said the bus was travelling from Mombasa to Kakamega and it had 30 passengers on board.

Both vehicles were heading to Eldoret. The bus wreckage was towed to Koibatek Police Station.

Koibatek OCPD Agnes Kamau said among the injured, five are in critical condition at Mercy Mission Hospital. Others were taken to various hospitals within Eldoret.

“We are advising drivers that with the heavy rains, the roads are slippery and foggy in some areas. They should reduce speed and keep distance from the next vehicle to avoid such accidents,” the OCPD said.