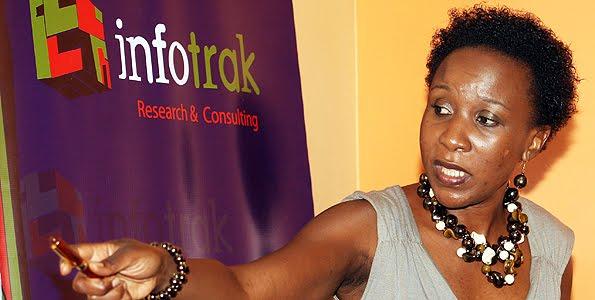 An opinion poll by local pollster InfoTrak has shown that Former Secretary to the Cabinet Francis Kimemia will take the gubernatorial seat in Nyandarua.

The opinion poll released today shows that Kimemia will trounce his rivals by huge margins, with the closest rival being current Governor Waithaka Mwangi.

According to the poll, Mr. Kimemia will garner 66.7 per cent of the total votes followed by Daniel Waithaka who will take 9.3 per cent of votes.

Independent candidate Moses Ndirangu will only manage 4.2 per cent of votes while Muchina Francis will take 1.1 per cent.

In the gubernatorial race, only 18.8 per cent of voters in Nyandarua are undecided.

In the Senatorial race, former Kipipiri MP Mwangi Githiomi is ahead of the pack, and will likely take 44.6 per cent of the votes followed by John Muhia who will garner 1.7 per cent only.
Mrs. Beatrice Kamau 0.9 who is the only woman contesting for the Senatorial position will take 0.9 per cent of votes.

Notably, though, 53.0 per cent of voters are undecided on who to support in this race.