8 Crazy Childhood Behaviors That Are in Fact Cries for Help 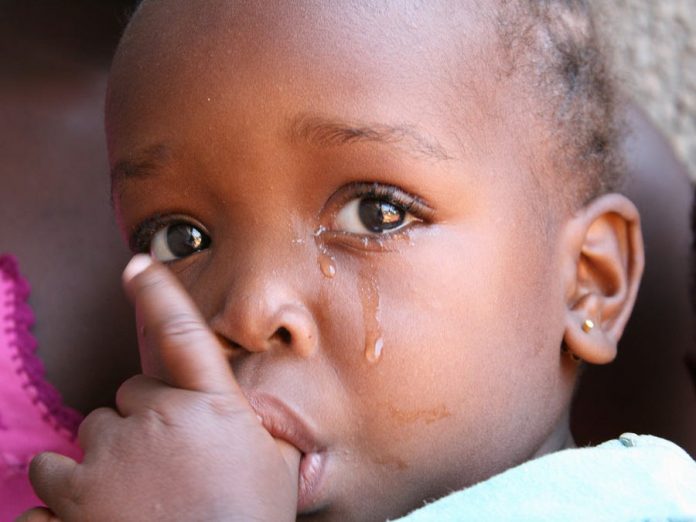 Like adults, children have their own ups and downs. They can be very sensitive and feel anxious because of learning issues or their family environment. Besides this, a lack of attention can provoke aggression and hyperactivity in kids. It is important to recognize these behaviors in the beginning and try to fix them.

We put together information about the most common misbehaviors in kids, that can help you to understand them better.

1. Your baby shows aggression and bites you.

Aggression in toddlers can be readily explained by their brain development. It’s simple, a baby’s brain is under construction. They are building reasoning and logical thinking skills.

Biting and aggression are not a negative reflection on your parenting style. They might throw a toy at your head, while you are trying to kiss them. Toddlers don’t have enough brain capacity for self-control.

You can model the appropriate behavior for your child and then ask them to repeat it again until the reaction is right.

2. Your kid has mood swings and gets hysterical.

It looks like a drama scene with tears and yelling, but actually nothing out of the ordinary happened. You just gave them a pink cup, instead of a blue one.

Your baby’s emotions continue to become more complex, but their ability to cope with them is sometimes not enough. It’s simple, each small disappointment is very frustrating for them and feels like the end of the world.

Stay cool and allow them to express their frustrations, but at the same time show them that it is not okay too (don’t fake it — actually empathize with them). Show them some positive ways to let their feelings out, and let them know that hurling their shoes or food is not the best reaction.

3. Your child refuses to get in their car seat, put their shoes on, or pack their backpack.

If your kid throws their shoes, refuses to get dressed, or won’t pack their backpack, it may mean that they are tired of being active and want some time to relax.

No need to drag your child everywhere or have them take tons of different classes because this can cause them to become overloaded.

4. Your child runs in circles, fights, plays chase, and hangs from things.

When your kid doesn’t want to calm down, tries to fight, or runs around you all the time, it could mean that they don’t have enough activity. Children may be trying to tell you that they want to play outside, jump, or communicate with other kids.

Check your kids schedule. Maybe, they have plenty of free time and don’t know where to spend their energy. Try to organize some brief play dates with other kids.

5. Your kid dumps out and breaks toys.

Your kid may break their toys, play with them aggressively, or even ignore a new car or doll. This can signal that they are just bored of being at home. They might want to go for a walk, do another activity like art, or just cuddle with you.

Try to suggest different activities, but don’t be pushy. For example, you can even start drawing by yourself and if your kid really wants to participate, they will join you.

Children can refuse to eat their meal, brush their teeth, or put on their pajamas. They just don’t want to cooperate. This type of behavior may be a sign that your kid actually wants to get control over a situation.

To avoid this power struggle, it is smart to give your kid 2 choices. For example, you can suggest that they clean their room now or after going for a walk.

7. You catch your child lying and cheating.

Children can lie or exaggerate some things, but if this happens too often, you shouldn’t ignore it. It may happen when they are scared of something, like your reaction to the truth.

First, don’t take it personally. Second, try to find the root of the lie. Third, appreciate their positive behavior more.

8. You see your child hitting others.

Children learn how to handle strong emotions when they are overwhelmed or angry. Their communicating and coping skills are not very developed before 5 years of age. Older children might behave this way because of anxiety and fear. Also, your parenting style can influence these reactions.

Pay attention to see if there is someone who is close to them that is showing them this poor example of communication.

Have you ever had problems with your children’s behavior? What were the reasons you misbehaved in your childhood? Please share your stories with us below!