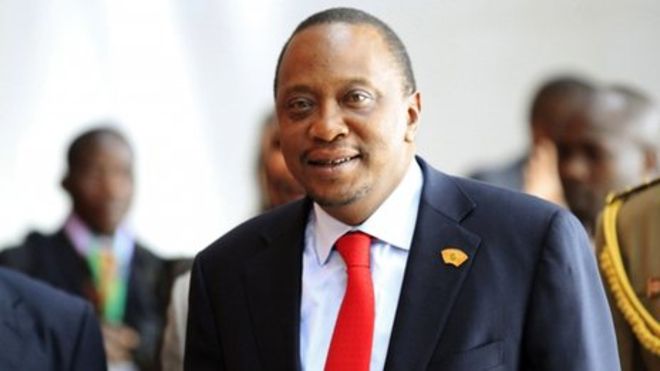 President Uhuru Kenyatta on Wednesday, February 12 opened up on how he went into hiding for almost one week after receiving a tense, early morning phone call from the late former President Daniel arap Moi.

Speaking at Moi’s funeral service at Kabarak University, Uhuru disclosed that, being aware he had disappointed Moi the previous day, he asked First Lady Margaret Kenyatta to receive Mzee’s call.

The president shared that after Moi asked him to meet in Nakuru, he chose to go under the radar instead for almost a week to allow things to cool down.

“There’s a day he called at around 5 a.m. I knew I had done something (wrong) the previous day, so I knew the phone call was serious and I asked my wife to answer it. I told her she’ll be alright.

“He asked where I was, he was told I wasn’t around. He called again after five minutes and my wife told me ‘I’m not answering this time’.

“So I received the call, he asked where I was and I told him I had been in the shower getting ready. That’s when things got serious, he hung up and left me holding the phone. 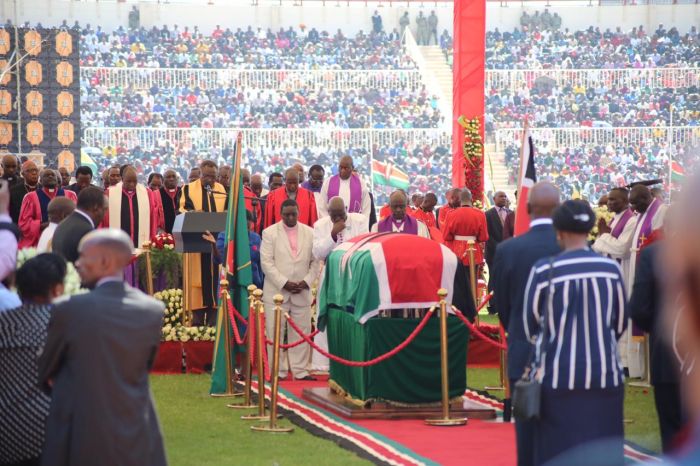 “After ten minutes he called again. I told him I was sorry, he told me to be in Nakuru before 7 a.m. I said okay, but I knew that only a fool can walk into a fire.

“I put down the phone and for almost a week, I went under the radar. I said I won’t come back until things cool down,” Uhuru told thousands of guests at Kabarak.

Explaining the late president’s forgiving nature, Uhuru revealed that Moi eventually forgot about his mistake and they moved on.

“Just as he was firm, he was forgiving. He forgot about it and we moved on. That was who he was,” Uhuru asserted.

Uhuru hailed Moi as his mentor, having endorsed him as his successor in 2002.

Uhuru further disclosed that Moi had stood with his family after the death of his father, founding President Mzee Jomo Kenyatta, in 1978.

“Please accept my deepest condolence, on my own behalf and indeed on behalf of my entire family whom we have shared many great things together over the years,” Uhuru noted.

Watch a video of Uhuru’s speech below courtesy of Citizen:

Team Editorial - October 1, 2020 0
Education Cabinet Secretary George Magoha has told MPs that it is time to reopen all schools in the country. Magoha on Tuesday told the parliamentary...