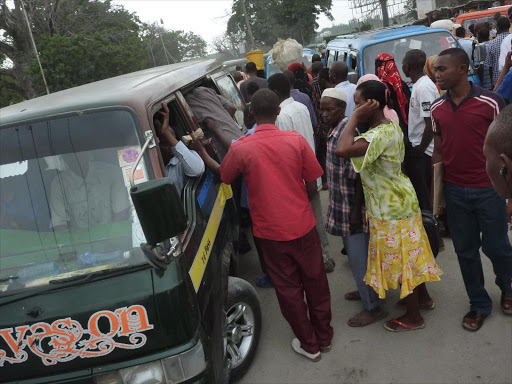 There are so many means of transport that have come up including Swvl, bodaboda and uber that people prefer to matatus these days.

Swvl allows riders to book a seat and board at specific hours in dozens of routes across the capital using clean and quality vehicles.

Though some people do not prefer using matatus it’s still the common means of transport for many Kenyans.

Maybe some of the reasons why people do not prefer matatus anymore is because of the annoying things matatu conductors including;

Matatu conductors have an automatic urge to inflate the bus fare as soon as they see more than enough people at the bus stage.

Before you get into the matatu it was 40 bob until town when he’s collecting money it’s suddenly 60 bob and there is completely nothing you can do.

When it rains or they imagine it is about to, that is a boon for them, they start harvesting fare.

Some even charge double when its raining and you have no option but board if you don’t want to end up stranded.

2. Overstaying with your balance

Conductors have a very good memory to remember those who have not paid.

However, they pretend to forget to return your balance expecting you not to ask.

When you remind them, they act surprised and return it as if they had forgotten for real.

Sometimes they can be violent insisting that they have given everyone their balance and will threaten and insult you.

3. Speaking in mother tongue to the driver

Most drivers and their conductors like speaking in their first language. Kwanza you Kisii conductors.

What angers many is when they are shouting over passengers’ ears, especially in 14-seater matatus.

It becomes so annoying especially early in the morning.

4. Insisting on their choice of music or radio station

There is absolutely no problem with matatus playing loud music.

Nevertheless, it should at least be quality music.

Getting the latest or quality music is very easy or at least playing a radio station that has content or not playing anything at all.

Although there are all these matatu drivers and conductors come through for us and we really appreciate each and every one of them.