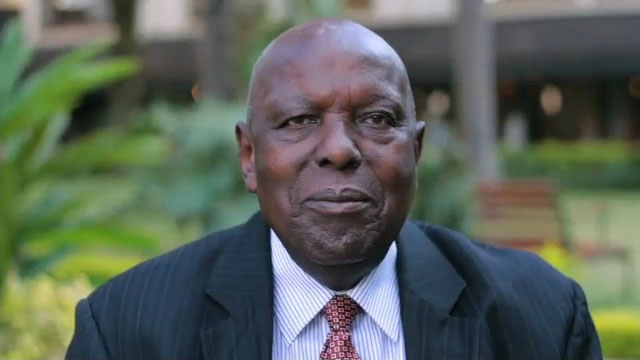 The death of Njenga Karume from cardiac arrest in the early hours of February 24, 2012, at the Karen Hospital, was the fuse that set off a vicious battle over his billion-shilling empire.

Karume, who passed on days after his close friend John Michuki, had in characteristic fashion taken several measures to safeguard his vast fortune and transfer the same to his children.

Three years before his death he published his acclaimed biography, Beyond Expectations: From Charcoal to Gold, detailing his long journey to the echelons of Kenyan business and politics from virtually nothing.

And nine months before he died, he set up the Njenga Karume Trust – which was not incorporated until a day after his death. He appointed his trusted associates, George Warieri, Kung’u Gatabaki, and Margaret Kamithi, as trustees to manage the property on behalf of his children.

However, a few months after Karume was buried, disquiet rose in the family ranks, as the children started to demand access to the accounts of their father’s companies, accusing the trustees of mismanagement.

In court papers filed to depose the appointed trustees from the Njenga Karume Trust, his daughter Lucy Karume said the children were only shown a PowerPoint presentation of their father’s Will and Trust and denied copies.

Lucy said they had also been denied information on how their father’s assets were being run and even challenged the execution of the Will, arguing that their father was in a poor state of health at the time the documents were being executed.

On the other hand, the trustees argued that Lucy and her siblings were receiving monthly allowances from the Trust, something that was also contested in court.

At the height of the dispute between the trustees and the family, another Karume daughter, Jane, was summoned to Langata Police Station to record a statement after her uncle George Ngugi reported she had sent him a threatening text message.

The case has dragged in court for more than half a decade and attempts to broker an out of court settlement have failed.

In the meantime, the fortune in the contest has been shrinking rapidly. At one point insiders estimated the Karume empire across real estate, hospitality, agriculture, and transport to be worth more than Sh100 billion.

This valuation was later revised down to Sh40 billion and in 2018 the family put the value at Sh17 billion. At the same time, the tragic death of beneficiaries to Karume’s estate in the past six months has worsened the fallout. [Franklin Sunday]