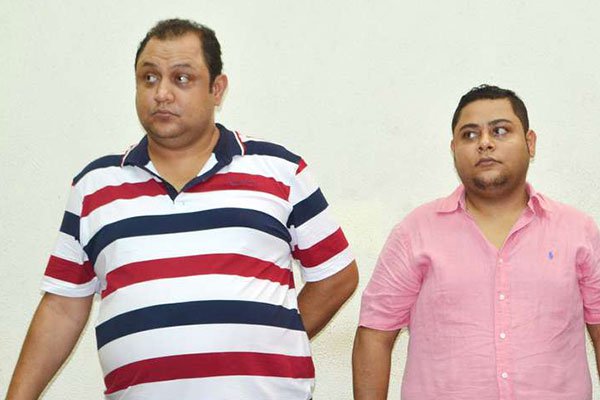 A confession by Baktash Akasha and his brother Ibrahim Akasha who were extradited and pleaded guilty to six counts of trafficking and corruption charges in New York has exposed flamboyant businessmen and ‘untouchable’ whose lavish lifestyle and success is linked to the narcotics trade.

Among those who have been named is wealthy city businessman Stanley Livondo who shot to fame in 2007, challenging former Prime Minister Raila Odinga for the Langata parliamentary seat and Ali Punjani.

A confession by the Akasha brothers on who are currently facing charges in the US placed Livondo at the center of drug trafficking enterprise with networks spread across the globe.

According to the documents, Livondo belonged to a rival drug cartel headed by one David Armstrong that was challenging the dominance of the Akasha drug empire.

The document filed in court by Geoffrey S Berman, the US Attorney for the Southern District of New York on Thursday names Livondo as an Armstrong associate brave enough to confront Baktash at a shopping mall in Mombasa before Ibrahim intervened, drew his gun and threatened to kill him.

Livondo caused a stir, splashing millions and financing Party of National Unity (PNU) activities on which he contested even as rumours did round on his source of wealth.

He earned the name ‘Mr. Moneybags” and bough several high end vehicles, among them, a Hummer to rival Mr Odinga who at the time was perhaps the only Kenyan owning the high-end vehicle with his famous statement “Hummer for Hummer”.

The confession has also identified Mombasa-based tycoon Ali Pubnjani as the leader of a rival drug cartel.

The battle for the control of territory and the billions saw the rival cartels take on each other in a bloodshed that left several dead.

File image of the Akasha brothers in court

Torture and killing of family members as well as rivals was not off the table as was the fate of Pinky-Armstrong’s right hand man based in South Africa who was pumped with 32 bullets.