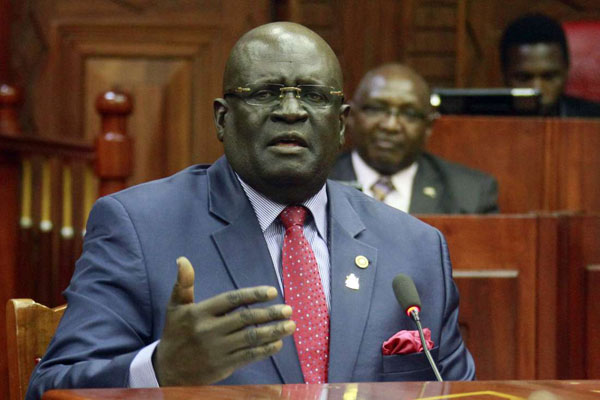 The teachers who are being replaced left the service through deaths, resignation and retirement in the period between June and July.

The replacement follows the recent recruitment of 5,000 teachers in public primary and secondary schools countrywide. Interviews for the 5,000 teacher slots are going on across the country.

The latest recruitment is part of an effort to plug a massive teacher shortage which stands at about 95,000 and to support a national drive to achieve 100 percent transition rate from primary to secondary schools.

“Eligible candidates must be registered as teachers as per Section 23 of the Teachers Service Commission Act, 2012,” said Mrs Macharia.

She added that applicants for vacancies in primary school vacancies must be holders of P1 Certificate and will be selected from the County merit lists compiled during the August 2019 recruitment.

Mrs Macharia said candidates interested in the positions should submit applications to the respective County Directors and Boards of Management not later than Tuesday September 24.

“Successful candidates will be deployed to serve in stations in any part of the country and not necessarily in the county where they were recruited,” said Mrs Macharia.

Primary schools, which have about 10 million pupils, are short of 38,054 teachers, while secondary schools, grappling with a huge student enrolment driven by the government’s campaign to achieve a 100 percent transition from primary, require 58,291 more tutors.

This means that the basic education segment is grappling with a shortfall of 96,345, according to TSC figures.

Polytechnics and Technical and Vocational Education Training institutions (TVET), which hold more than 180,000 trainees, have a shortfall of 5,000 tutors, while universities will lose more than 4,000 lecturers if the government implements a policy outlawing Master’s degree holders from lecturing.

How AP Officer Deployed In A Bank Collapsed And Died, Causing Shock Waves