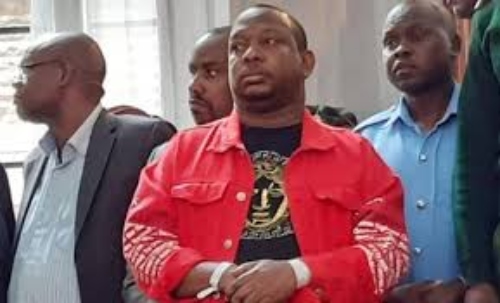 Chief Magistrate Douglas Ogoti said bond can only be denied if there is a high likelihood of interfering with witnesses.

He ruled that the Governor also deposit Ksh. 30million bond and not access his county office at City Hall.

The order also applies to county officials who are Sonko’s co-accused.

Magistrate Ogoti said if there is a need to access the offices, the accused should be escorted by investigating officers.

On the issue of Nairobi having no Deputy Governor, Ogoti said: “I leave the issue of deputy governor at that since this court has no powers to handle that as it was argued by the defense.”

The Governor was however barred from appointing a deputy until the graft case he is facing is determined.

Magistrate Ogoti further ordered that Sonko refrain from commenting on the case on social media.

In addition, he and his co-accused are to deposit their passports and other travel documents in court.

The Magistrate further stated that the case will be mentioned on January 15, next year.

After he finished reading his ruling, one of Sonko’s lawyers Cecil Miller sought to have him returned to Kenyatta National Hospital.

“The letter from Kenyatta hospital says Accused One is suffering from hypertension.. meaning he should be in hospital…We, therefore, urge the court to allow him to go back to the hospital as we process the bail term as prescribed by the doctor…,” he said.

Magistrate Ogoti then asked: “Why did you bring him to court with an ambulance?” to which lawyer Kipchumba Murkomen responded: “We did not want to take any chances.”

The lawyers further claimed that there were officers waiting to arrest Sonko outside the courtroom.

Chief Magistrate Ogoti responded saying: “Your fear was unfounded to bring the accused to courtroom sick since there is an order from a Machakos court that absence of an accused persons doesn’t interfere with bail issuing to co-accused persons.”

James Kihara from the Office of the Director of Public Prosecution opposed the plea to take Sonko back to KNH.

According to the ODPP, the Prisons gave contradicting letters on the governor’s alleged ill health.

“…we pray that he be remanded at Kamiti Maximum Prisons,” Kibara said.

Magistrate Ogoti ruled that once bail for Sonko is processed, he can be taken to his hospital of choice.

However, if the Governor does not make bail, he is to be attended to at the Kamiti Maximum Prisons medical team.