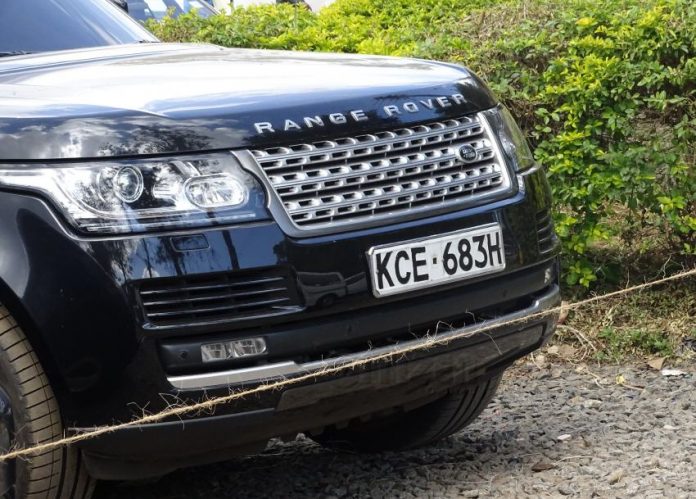 Police have arrested a suspect believed to be part of a cartel that evades paying taxes when importing high-end vehicles.

Kenya Revenue Authority (KRA) on Sunday announced that it had arrested the key mastermind behind the racket involving the fraudulent importation and registration of motor vehicles without payment of requisite taxes.

Issuing a statement on the arrest, KRA’s deputy commissioner, marketing and communication, Grace Wandera said the suspect – who was arrested at the Malaba border with an accomplice – was attempting to leave the country to evade arrest.

“Directorate of Criminal Investigation (DCI) and KRA detectives have been on the suspect’s trail in connection with the ongoing investigation into the irregular importation and registration of 121 vehicles,” said Ms Wandera.

Last week, the taxman deregistered 121 vehicles whose owners were said to have acquired fraudulent registration while evading tax in the process.

Among those listed for deregistration included Water and Irrigation Cabinet SecretaryEugene Wamalwa’s Range Rover (registered as an Isuzu truck), which had been held at the KRA’s Railways Club yard in Nairobi since June.

Ms Wandera says the suspects — whose names were withheld — were brought back to Nairobi to face charges and are expected to appear in court on Monday.

As part of the ongoing crackdown, more vehicles have been impounded within Nairobi, including “a high value Land Rover intercepted on Thursday and currently detained at KRA’s Embakasi yard”.

Ms Wandera also said that more arrests and prosecutions in connection with the racketare expected to follow in the coming weeks.

The taxman, who issued a notice in June calling for the 124 vehicles to be presented to the agency for clearance, made the move after their owners failed to respond.

In a joint public notice with the National Transport and Safety Authority published last week Thursday, the KRA listed the 121 vehicles whose owners were suspected to have evaded duty amounting to Sh500 million and urged them to surrender their registration documents for cancellation.

“Pursuant to the public notice published on 10th June 2016, the Authority hereby invokes Section 6 (10) and Section 6(11) of the Traffic Act, Cap. 403 Laws of Kenya and withdraws the registration numbers with effect from the date of this notice.

“The Authority has reasonable ground to believe the motor vehicle registration numbers have been obtained in error, fraudulently or in a manner contrary to the provisions of the Traffic Act,” the joint notice read.