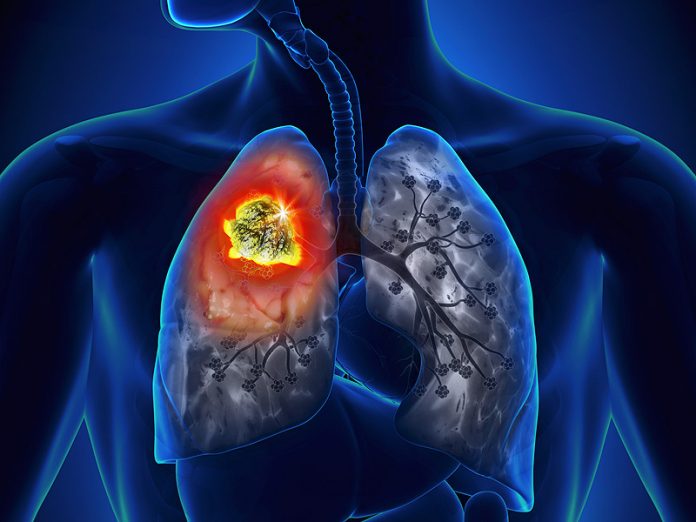 Lung Cancer in Kenya: Lung cancer is a type of cancer that begins in the lungs. Your lungs are two spongy organs in your chest that take in oxygen when you inhale and release carbon dioxide when you exhale.

Signs and symptoms of lung cancer may include:

Risk factors for lung cancer include:

Lung cancer can cause complications, such as:

If you undergo surgery, your surgeon may also remove lymph nodes from your chest in order to check them for signs of cancer.

Lung cancer surgery carries risks, including bleeding and infection. Expect to feel short of breath after lung surgery. If a portion of your lung is removed, your remaining lung tissue will expand over time and make it easier to breathe. Your doctor may recommend a respiratory therapist who can guide you through breathing exercises to aid in your recovery.

Chemotherapy uses drugs to kill cancer cells. One or more chemotherapy drugs may be given through a vein in your arm (intravenously) or taken orally. A combination of drugs usually is given in a series of treatments over a period of weeks or months, with breaks in between so that you can recover.

Chemotherapy is often used after surgery to kill any cancer cells that may remain. It may also be used before surgery to shrink cancers and make them easier to remove. In some cases, chemotherapy can be used to relieve pain and other symptoms of advanced cancer.

Radiation therapy uses high-powered energy beams from sources such as X-rays and protons to kill cancer cells. Radiation therapy can be directed at your lung cancer from outside your body (external beam radiation) or it can be put inside needles, seeds or catheters and placed inside your body near the cancer (brachytherapy).

Radiation therapy can be used after surgery to kill any cancer cells that may remain. It may also be used as the first treatment for lung cancers that can’t be removed during surgery. For people with advanced lung cancer, radiation therapy may be used to relieve pain and other symptoms.

For people with lung cancers that are very small, one option may be stereotactic body radiotherapy. This form of radiation aims many beams of radiation from different angles at the lung cancer. Stereotactic body radiotherapy treatment is typically completed in one or a few treatments. In certain cases, it may be used in place of surgery for small tumors.

Some targeted therapies only work in people whose cancer cells have certain genetic mutations. Your cancer cells will be tested in a laboratory to see if these drugs might help you.