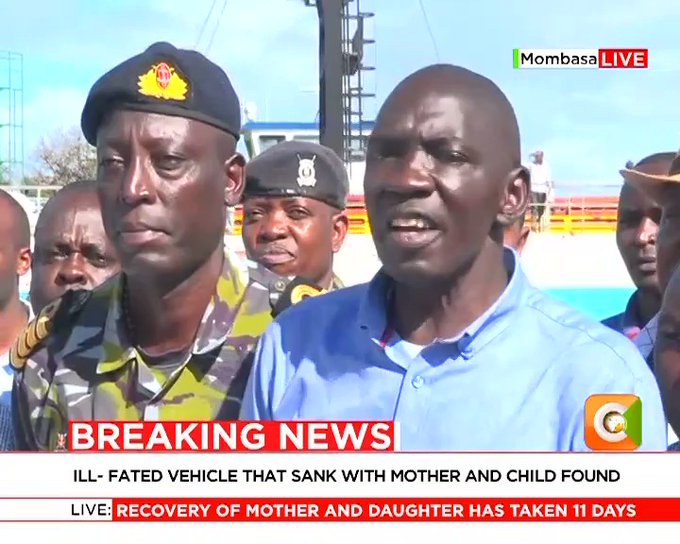 Reports indicate that the vehicle that sunk at the Likoni ferry crossing channel with a woman and her four-year-old daughter on board has been sighted.

According to government Spokesman Col. Cyrus Oguna, Kenya Navy divers in the search operation have sighted a vessel believed to be a car and rescuers hope it is the one that submerged 11 days ago killing 35-year-old Mariam Kighenda and her daughter Amanda Mutheu.

“What we can confirm is that we have sighted a car but we cannot ascertain whether it is the one that sunk with the two since we have not checked the number plate,” said Oguna.

“So we have to retrieve the car from the floor of the ocean so that we can ascertain whether it is the car we have been searching for.”

Col. Oguna further said they could not immediately confirm whether there were any bodies in the said car.

The government spokesperson said the car was sighted 58 metres deep through technological equipment hired by the government through a private company.

He was, however, not categorical on the duration that would be taken to retrieve the car from the ocean floor.

“For now we cannot specify on the time that it will take to retrieve the car from the ocean, but we will eventually get it out,” said Oguna. 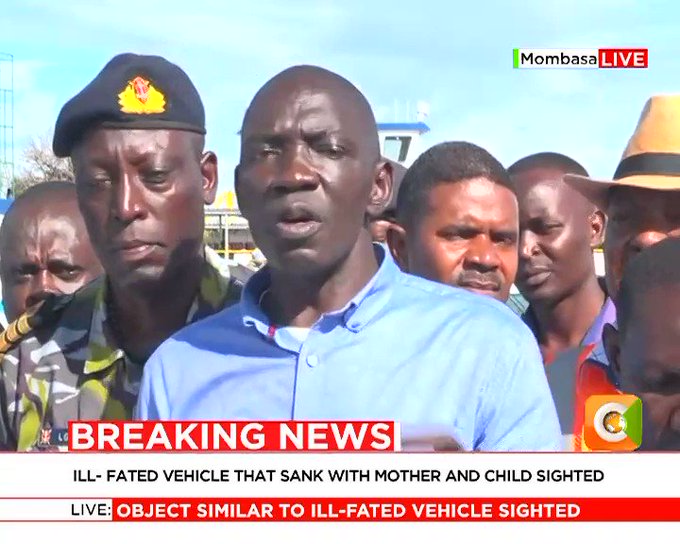