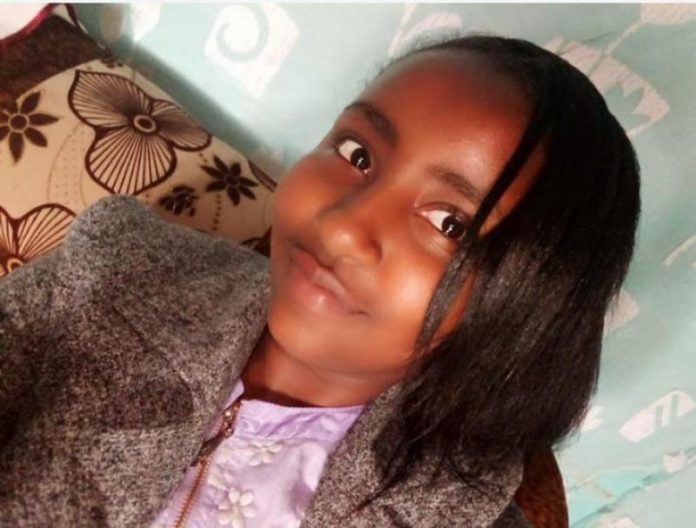 On Thursday morning, John Nduno and his wife left their home in Naivasha for a relative’s funeral. Tragically, a few hours later, they would be planning yet another burial.

This time, one much, much closer to them. A daughter, Valerie Njeri, whom they bid farewell at 7am that morning, would soon be dead.

The events that led to the killing of their daughter started off with what looked like an innocent act of responsibility by the studious girl, that ended with her brutal killing following multiple stabbings by a trusted neighbor and friend. In all, forensic officers counted 26 stab wounds on the teenager’s body, each of them draining life out of the girl.

Police accounts say Njeri had returned a Chemistry book she had borrowed from the boy when he started making sexual advances at her. She refused and a fight ensued.

She overwhelmed him and when she tried running away, he used the knife he was using to chop French beans to stab her. The knife broke and Njeri was still breathing. He rushed to the kitchen, grabbed another knife and delivered more blows.

“He then dragged the body under his bed where it remained overnight,” said Naivasha DCI Chief Kenneth Njoroge.

During the incident in Mirera estate 20km from Naivasha town, the suspect would later meticulously clean the room and the body, drag it under the bed and later share a meal with his family.

He returned to his room, with the body still under the bed and waited for his parents to sleep. Slightly before dawn, it is believed that he woke up, dragged the body and placed it outside.

When his parents woke up, a few minutes after 5 am on Friday, he had already disposed of the body and had his books spread on the table.

“He had become lazy when it came to studying and I was shocked to find him reading hours before the body was found,” said his mother, Susan Warugu. He was among people who had been questioned by Njeri’s parents on whether he knew where she was, and he had said he had not seen her. It took the eye of one policeman to notice something was not right.

The boy had a cut on his foot, and his shorts had traces of dried blood. When they shone some ultraviolet light in his room, they noticed a blood trail that led to his bed. They then took him in for questioning and he confessed.

It is thought that Njeri was killed at around midday on Thursday. She had been left to attend to her parent’s posho mill. Her father John Nduno recalls getting a call from an irate customer saying the posho mill had been left unattended and Njeri was nowhere in sight. By the time they got home, Njeri was still missing, but her books lay open on a bench; a sign that she had been revising. Police say the boy told them that Njeri, a student at Mary Leaky Secondary, had gone to consult him over a Chemistry question.

“We have so many unanswered questions. We knew they were friends who would exchange exam papers but this murder has caught us by surprise and left us wounded spiritually and emotionally,” Mr Nduno said.

The two families are reported to have been close. Nduno says the suspect was a respectable boy who always shared exam papers with his daughter. “Only a week ago, I gave him a lift to church on my motorcycle. I never imagined such an incident would occur,” said Nduno.

His mother said her son had become rebellious since he joined Form Three. Psychologists say parents should be vigilant about the behavior of their children and seek early interventions when they notice a sudden change.

Amy Toror, a psychologist in Nairobi says drug abuse, hormonal changes and pressure from home and school could push teenagers into extreme rage and depression.

A neighbor, Jane Wanjiku, described the slain girl as humble, respectful and bright. “This incident has left us shaken as we knew the two students. At no time did we ever think we would be here mourning one as the other went to jail,” she said.

Area Chief Hassan Guyo said the suspect is expected in court on Monday.