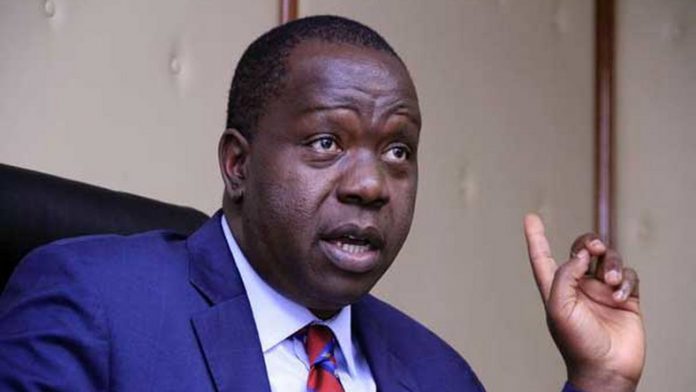 It’s official. The government paid Sh1.5 billion for its own land in a mega scandal that may soon return to haunt top figures in government.

In a landmark decision on Friday, the High Court ruled that the Ruaraka Land, for which the state had already agreed to pay businessman Francis Mburu Sh3.3 billion, is public land.

The acquisition of the 13.7-acres for two public schools, Ruaraka High and Drive Inn primary, was executed during Fred Matiang’i’s tenure as Education Cabinet Secretary and Belio Kipsang as his Principal Secretary.

The ruling could see top National Land Commission officials, including ex-chairman Muhammad Swazuri, charged for the deal for which they are already indicted by Parliament.

Yesterday, EACC Chief Executive Officer Twalib Mbarak said they would study the ruling to determine their next course of action

“The Commission will go through the judgment in order to get the way forward,” Mbarak said. He declined to respond to questions on the state of the probe, often seen as a political hot potato for the Jubilee administration

A three-judge bench returned a harsh verdict on Friday, saying the compulsory acquisition did not meet the threshold and the monies should not have been paid in the first place.

“One cannot seek to compulsory acquire what is already public land,” the judges ruled, dealing a blow to Swazuri who has often insisted the acquisition was above board.

In a new twist, the judges – Brian Ebosos, Elijah Obaga and Kossy Bor – said the NLC misled the Ministry of Education in undertaking the acquisition that led to the loss of public funds.

It was not immediately clear if the Ministry of Education’s top officials were cleared of any culpability.

Matiang’i and Kipsang were indicted in the Ruaraka land saga in a Senate report which was shot down in the House after senators failed to garner the requisite numbers to adopt it.

The Education Ministry’s own task force report had advised against any payment.

Similarly, on 13, 2016, the High Court issued orders barring the state from making any payments in the controversial Ruaraka case.

“I duly served the orders on the Attorney General, NLC and on Matiang’i, then Acting Lands CS,” activist Okiya Omtata said. He called the payment a deliberate scheme to steal from the public.