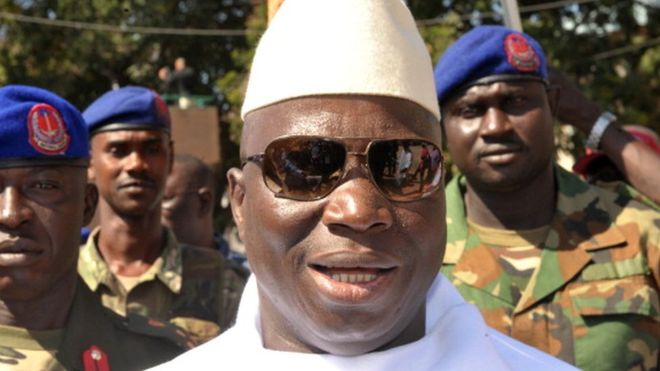 Defeated Gambian leader Yahya Jammeh has defied calls to hand over power to the country’s general elections winner. Instead, Jammeh has extended his term by 90 days.

Yahya Jammeh did this on Wednesday through the tiny country’s parliament.

The parliament also approved his decision to declare a 90-day state of emergency in the tiny West African state. The parliament passed a motion condemning what it called the “unlawful and malicious interference” of the African Union and neighbouring Senegal in The Gambia’s affairs.

Regional leaders have threatened to use military force to oust Yahya Jammeh if he refuses to hand power to President-elect Adama Barrow on Thursday.

Thousands of UK and Dutch tourists are being evacuated from The Gambia.

The Gambia was plunged into crisis after Yahya Jammeh rejected Mr Barrow’s shock victory in the 1 December election.

Regional bloc Ecowas, the Economic Community of West African States, has prepared a Senegal-led force but maintains that military intervention would be a last resort.