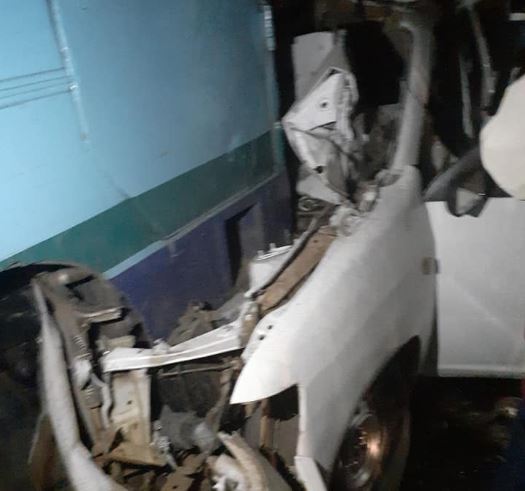 Several others were rushed to hospital after sustaining multiple injuries in the accident which occurred at Reflector area near Kamulu shopping center along Nairobi-Kangundo highway.According to police who visited the scene, the accident occurred when the driver of the Probox car attempted to overtake another vehicle but collided head-on with the KBS minibus which was travelling from the opposite direction.“The Probox was heading to Joska from Kamulu general direction and was trying to overtake another vehicle when it collided head-on with the minibus. Three occupants in the probox died on the spot and the driver of KBS vehicle also succumbed to injuries,” said a police incident report seen. The wreckage of the two vehicles was towed to Kamulu police station while bodies of the deceased were removed to the City mortuary.