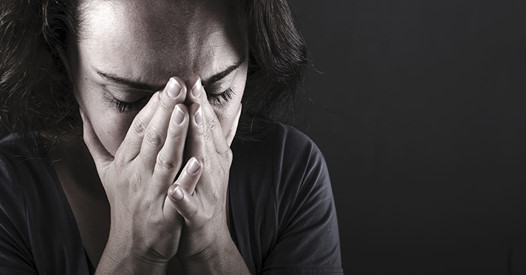 “Fear of the unknown is a great creative partner.” –Alejandro Gonzalez Inarritu

I’m 33 and closer to my fear than ever before. I get scared every day. We’re getting along just fine.

Fear is helping me to write this story.

Back in my teenage years and 20’s, I was conditioned to get paralyzed and completely passive when this natural feeling rose to the surface. My brain translated fear as a problem, as an intense itch that needs to be scratched.

I owe this to my upbringing. This is how we dealt with fear where I come from. I was used to addressing it like a strange and foreign refugee who annoyed me over our healthy breakfast.

Me in my little Disneyland

I was taught to tell him everything’s okay and it’s better for him to be on his way and leave me in my little Disneyland.

Go home to your foreign Fearland Mister F. and never come back because we don’t need you here. We’re just eating our cereals. We’re the good folks. Polite ones. 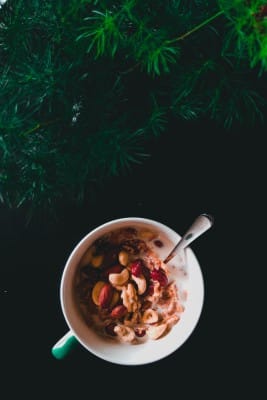 That’s what I used to say.

Later on in my life, I started to meet Mr. Fear in a more friendly environment. One of my mentors was a lady who taught me about Mr. Fear kind of as a Santa Clause who brings only the gifts you actually need at every stage of your life. She told me a story once.

It was a story about a boy and his mother. They were taking a casual walk in the forest when a big, black snake peeked out from a bush beside them. The boy jumped and asked his mother, “Wooow, what is that?”

He was so alive and excited from seeing and experiencing something new. His mother told him to watch out for the snake. She took his arm and ran down the way as fast as she could. The boy remembered this event as life-threatening and the fear of the snakes was fully born

The snake is minding her own business

The snake was just there. It was not harming, threatening, or attacking them at any point in this encounter. It was probably feeling hot and looking for some relief in the shade.

Minding her own business.

But mother raised her son to be scared of the snake.

His curiosity and desire to absorb this new phenomenon was labeled and cut off as dangerous. He was blocked to act on his excitement and to learn about the unknown. 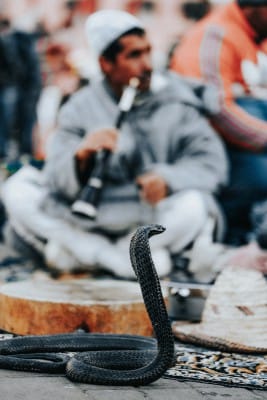 She just wants to dance

Jesse Elder says there are two types of fear. There’s rational fear which keeps us alive. It’s not a clever idea to put your face up close to a royal cobra and try to slap her, because she will probably kill you.

However, there’s an option to look at her from a non-invasive distance. To get to know about her and learn something new. Even about ourselves. To feel what’s happening in our body while she’s sliding in the sand and twisting her tale.

The other type of fear is the irrational one. Dan Penna puts it more bluntly: it’s a false expectation appearing real.

This fantasy keeps me from moving, growing, and adapting to new moments and realities in life. I still struggle, even to this day. When not addressing my fears, they hold me back.

I’m stuck in identities that don’t support the full range of movement and change in my life.

That’s why I start to observe fear as a road sign and collaborate. Over and over again.

How do I do that?

We’re taking our fears with us

I’ll give you an example.

Me and my girlfriend are renting an apartment in a capital city. We decided to move and work on a small and pretty isolated island for the next six months.

At first, I hesitated on her idea of canceling our apartment. It was a scary scenario for me to let go of this place where we could run back if things do not go as planned in the wilderness.

And more practically, where I could store my shoes and winter coats.

Then I got curious about it and started to ask myself all sorts of questions. What I’ve discovered is the apartment representing the false status of success and a warehouse for all sorts of things from the past I wasn’t willing to let go of.

The truth is, I don’t need those things and this apartment anymore. They’re just holding us back. We’re ready to throw ourselves in the unknown with a light backpack at our shoulders.

We’re ready to create new and meaningful experiences without an escape route. And we’re taking our fears with us. 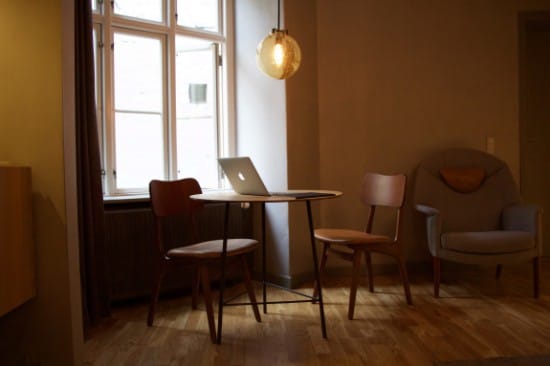 This journey will be unique and fruitful. I’m ready to dance with the fear and let it gently guide us, step by step, closer to the kind of dancers we want to become.