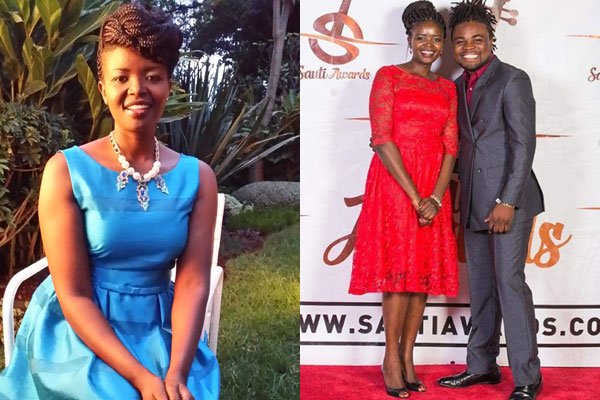 Barely a week after gospel songbird Eunice Njeri announced that she was not married to gospel rapper Isaac Bukasa aka Izzo, details of how her now controversial wedding was marred in confusion are emerging.

Prior to the wedding, Eunice and Izzo’s relationship was a discreet affair, that even friends hardly knew about. According to local entertainment magazine, Buzz, which is owned by the Nation Media Group, a close friend of Njeri has intimated that she kept her friends in the dark regarding her relationship with Izzo, and only surprised them when she announced that she was engaged to the US-based rapper.

“We did not even know they were dating when we heard they were engaged. We learnt about it vaguely, like everybody else,” the friend said.

However, it has emerged that everything from her engagement to the wedding preparations were vague and sketchy.

For instance, Eunice Njeri was only introduced to the church where her wedding was held only a week to the ceremony.

“It was Njeri’s first time to visit the church (Neema Gospel Church in Dallas, Texas). She was accompanied by a woman who introduced herself as a pastor, mother, police officer and a good friend of Njeri for many years, who had come for moral support,” recalls the source. “Njeri didn’t say a word, she just smiled.”

After the introduction, the pastor, known as King’ori, requested female members of the congregation to stay behind after the service to help arrange “Kugira muhiki” (To pick the bride) on the day of the wedding.

According to Buzz, it was not clear if there had been dowry negotiations and other customary proceedings before the wedding. “Eunice Njeri and Bukasa had a pre-wedding fund-raiser, which the church contributed well to and supported.”

The first turn came two days before the wedding when church members received a text message informing them that the wedding had been canceled.

“This is to notify everyone that Eunice Njeri and Isaac’s wedding, scheduled for this Saturday November 26th, has been postponed indefinitely until further notice. Please be advised that there will be no wedding at Neema Gospel Church this Saturday. Eunice and Isaac wishes (sic) to apologise for all the inconvenience caused to the guests.”

The wedding didn’t take place that day, but to everyone’s surprise, it apparently happened the next day, Sunday 27, after church service. However, another church member says: “She (Eunice Njeri) did not seem happy.”

Hours after the wedding, the church pastor claims that Eunice Njeri took off with the documents she had signed, which apparently could not legally qualify the marriage at that stage. Apparently, the document Ms. Njeri signed was issued by the County registrar and was to be returned and filed for it to become legal.

“I signed as the officiating minister, their best maid and man signed and the document became official… Njeri knows that. The decision to go their separate ways was not mutual. I’m told she disappeared the day after the wedding and she ran away with the document,” the pastor told a local media house.