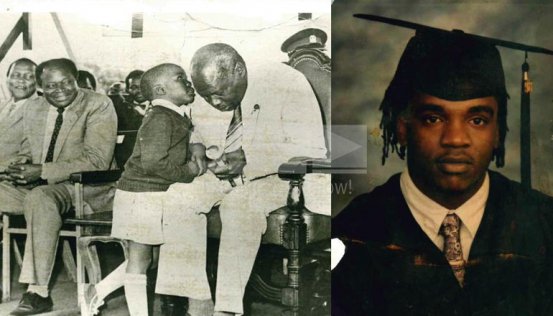 Bethuel Mbugua was hopped from class six to Form Four at Ol Kalou Secondary School where he displayed mastery of human anatomy.

Chief inspector of schools, Tom Sitima, demanded that the seven-year-old return to class two and not sit ‘O’ level exams with the knowledge of biology and little else.

Mbugua would memorise, then repeat the written notes to his semi-literate father.

His power memory, mostly on the physiology of the human heart and brain, mesmerised Kenyans. University lecturers and doctors were also awed as were students and teachers in over 300 schools in East Africa.

Mbugua even lectured at Dar es Salaam University with former Tanzanian President Julius Nyerere and incumbent Ali Hassan Mwinyi in attendance in 1988. He was only nine!

Mwaura (who had separated from Mbugua’s mum), was advised to enroll Mbugua in a school for gifted children.

But the cobbler dad had no dough. There was no such school here. But that was no handicap.
Mwaura had his son sneaked a plea note past the security detail to retired President Moi during a fundraising for the Kijabe Mission Hospital. The picture of Mbugua whispering in the ear of President Moi became front page news.

But first, an IQ test had to be conducted.
Dr David Kabithe, an eminent psychiatrist, declared Mbugua was no genius; just an above average “actor who couldn’t differentiate Hamburg from hamburger!”

The sponsorship to Hunter disappeared. Politicians demanded that Mbugua return to school, like his agemates.

Life changed when Prof Lenore Blum met the then 12-year-old during a Pan African Math Conference at Kenyatta University. She decided to sponsor Mbugua who left Kenya for Los Angeles’ Mirman School for Gifted Children (where he repeated seventh grade twice due to cultural and language hiccups!) in October 1991, and later moved to Harvard Westlake School. Bethuel Mbugua earned a biochemistry degree from Macalester College, Koffi Anan’s alma mater.