Home General When We Discuss Equality, Let’s Not Forget Men and Emotions 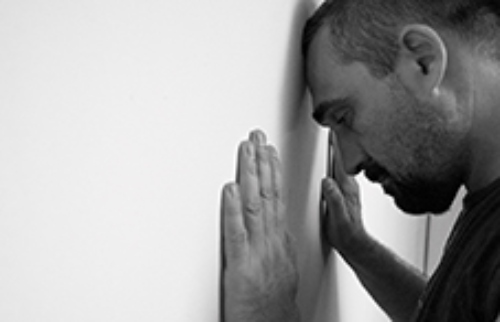 I have had two significant male figures in my life, in the form of a birth father and stepfather, and I can count on one hand the number of times I saw them cry.

I remember my Mom and Birth Father were separated at the time. I was at our house and my Mom used to come to the house to do my hair. I remember they got into an argument. I was young, but I remembered there was shouting. My father stormed into the house as my Mom left in her car. My Father grabbed a box of toys and put it between my brother and I. He walked to the basement door, then disappeared underground.

I put my ear to the floor and I could hear him crying.

He returned from the basement without a word. His eyes were red, but he acted as if nothing happened. I took his lead and I didn’t acknowledge what I knew happened and pretended that everything was fine. But, I was confused.

The first time I saw my stepfather cry was when my parents thought my sister had run away. She didn’t come home from school. At the time, I was living on my own. I was at work until 5 p.m. I lived a couple of blocks away from my apartment. As I was walking to my place, my younger sister was running towards me. She was a teenager at the time. I was disoriented and didn’t know why she would be there and not with anyone else.  I felt dread that she may have been walking around for hours.

She told me she knew around where my apartment was, but she didn’t know where my job was. I thanked God that she hadn’t been hurt. I took her into my apartment and let my parents know she was safe. She asked me if she could live with me. At the time, I was 22 or 23. There were times when I could barely feed myself or pay my bills. While I felt bad for her, there was no way I could take care of her.

My father showed up at the apartment. He had been at work and wasn’t far from where I lived. When he walked in, tears were spilling down his cheeks. I froze. I had never seen my stepfather show emotion much less crying.

I felt scared for a moment because I didn’t know what was about to happen. He wiped the tears away and sat down. He didn’t say anything and my sister didn’t say anything. I figured out that my stepfather was afraid. He was in fear when she was missing. And, sitting with us, he was in fear that she wouldn’t go with him. He was searching for the right words.

I acted as a mediator. I interpreted their words to the other and tried to help them both gain understanding.

When they left, I cried. I was literally shaking because I had been in fix-it mode and didn’t actually let any of what happened to seep into my awareness. But, as I was sitting there, I felt the heaviness of all that happened or could have happened. I also didn’t know if I had done the right thing.

But, what I really didn’t know how to process was seeing my stepfather crying.

As I attempted to have relationships with men, I chose a hybrid of what I wanted and what I was used to. I chose men who outwardly were as stoic as my two male figures were, but who in quiet moments together would confess their feelings and show their love.

As women, we are always saying we want our men to be more emotional. But, I also think that we don’t know how to handle them being in their emotions. It’s unfair and unfortunate.

As I have grown older, I have challenged myself to allow male emotions to be exposed and I don’t feel the need to diffuse the energy. In the past, when a man responded with his own passionate, emotional reaction, I would burst into tears because I felt scared. What I realize now is that by crying, I took the power of his emotions away and made him comfort me. He had to suppress his anger or whatever he was feeling and tend to me.

I had to start embracing the energy. Anger is sad’s bodyguard. By society’s standards, anger is a much more acceptable emotion from a man and may be the only one he has in his arsenal to let out his feelings.

It doesn’t mean that is how men want to respond, but it’s a safe emotion for them.

Boys are socialized out of their emotions. When a boy falls, parents tell him to stop crying instead of consoling him. They tell him to shake it off even though he is feeling pain and it makes total sense that he should want to cry to express it. It’s a strange thing to tell someone to not feel how they are feeling, but we do it without a second thought. Boys are supposed to be strong men. We equate strength with a lack of emotions.

What we are teaching boys is to betray themselves and suppress their thoughts and pain. Then when they get into a relationship, women complain that they won’t reveal their feelings, thoughts or pain. I don’t have data, but I can see how this would lead to illness, such as heart attacks.

As we have discussions about equality, maybe we should look at how not allowing men to have emotions is unfair and potentially harmful.