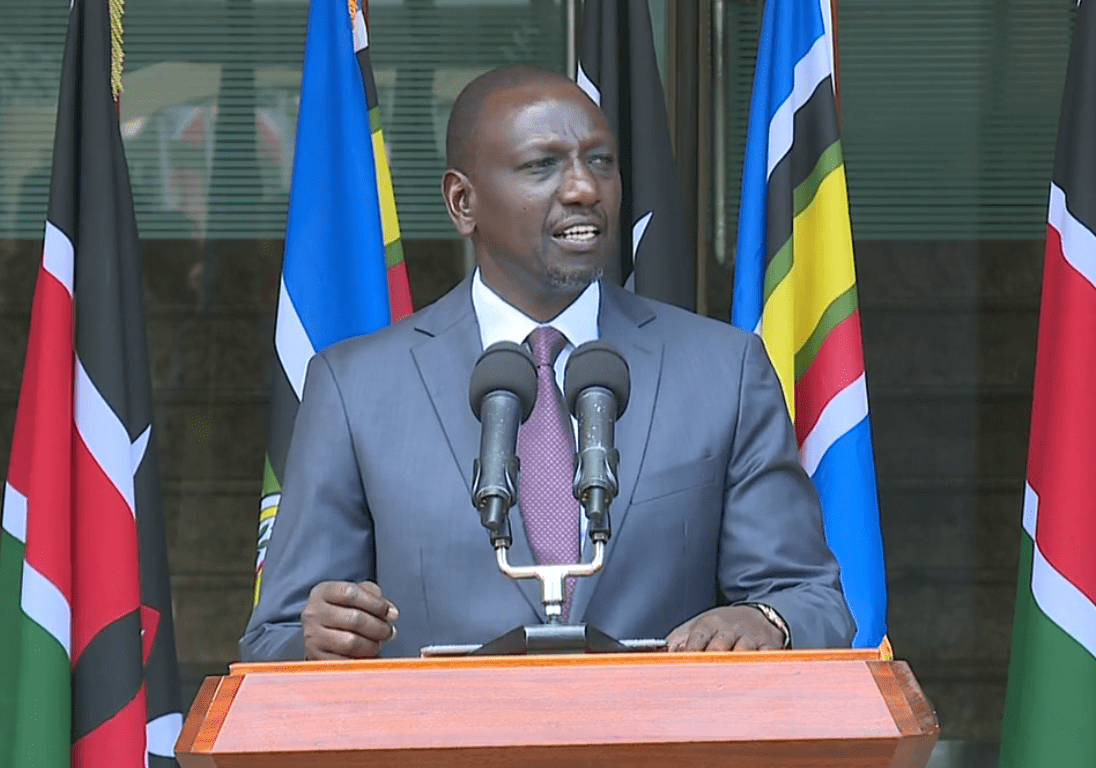 Uhuru Ruto Relationship: President Uhuru Kenyatta on Tuesday once again showed how irredeemably wounded his relationship with Deputy President William Ruto has become. This was apparent during following the demise of the former president Daniel Moi.

Shortly, thereafter, the former president’s body was moved from the Nairobi Hospital to the Lee Funeral Home in a series of events that completely sidelined the deputy president and involved the ministry of interior. President Uhuru’s trusted cabinet secretary took the lead .

After the body was moved to Lee Funeral, the President announced that there would be a mourning period that will last until the State Funeral. He also ordered that flags fly half mast. Once again, these declaration’s were made from the Ministry of Interior, and Mr. Kinyua.

At the Lee Funeral Home, a show of might was in full display, with the Chief of Defense Forces General Samson Mwathethe, Inspector General of Police Hillary Mutyambai, Mr. Matiang’i, Baringo Senator Gideon Moi, and other top security chiefs shortly after going into a secret meeting.

Meanwhile, leading political leaders issued statements eulogizing the former president. These included Former vice president Kalonzo Musyoka, Raila Odinga, and Speaker of the Senate Kenneth Lusaka. It was not until 11am – six hours after the death announcement – that the deputy president issued a message of condolence.

DP. Ruto described Moi as a determined leader who made sure Kenya never stumbled and mentored many leaders including himself.“It sad to say goodbye to a man whose legacy we all feel,” he said, adding that Moi was passionate about spreading education to the marginalized communities and his devotion to the girl child is a blessed legacy that will live with Kenya forever.

With the president clearly ignoring to channel his decisions through his constitutional assistant, DP Ruto was left to regurgitate the statements that the president had issued earlier in a bid to save face and show control in the absence of the president who is out of the country. This incident no doubt sets the stage for possible humiliation over the next few days during which the national agenda will revolve around the sending off of the former head of state. It is widely known that DP Ruto is unloved by the Moi family owing to his political influence in the voter rich Rift Valley. The Uhuru Ruto relationship has also broken irredeemably to a point where the president is going in an all out political fight with his deputy.