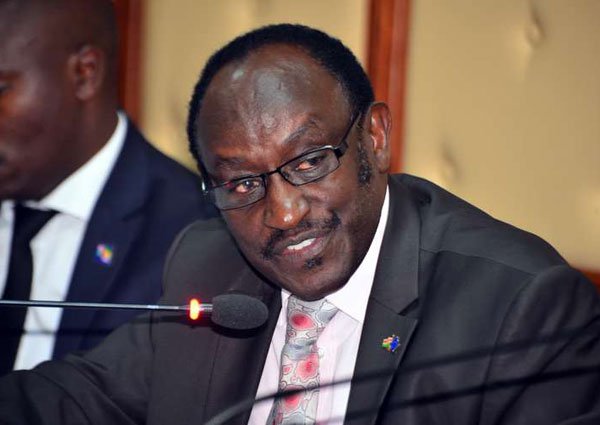 Nyandarua Governor Waithaka Mwangi and Ndaragwa MP Waweru Nderitu are locked in a standoff over the location of the first public university set to be built in the county.

The row has delayed the ground-breaking ceremony for the institution, to be known as Nyandarua University.

Governor Mwangi and the MP have disagreed on the proposal to build the university in Ol Kalou Town, the county’s headquarters.

The county boss last week wrote to all the five MPs in the county, the woman representative and the senator notifying them that it had been agreed that the university be located at Salient in Ol Kalou Town.

But Mr Nderitu has opposed the governor’s proposal, instead saying that the university be built in his Ndaragwa Constituency.

The lawmaker has vowed to sue to block the governor’s move, accusing him of not involving stakeholders and other leaders when he made the decision.

Mr Nderitu has noted that all leaders in the region had agreed to hold public participation meetings to decide the location of the university which has not been done.

“All leaders in the region had agreed to hold a public participation [forum] to get the views of the electorate. But we were shocked last week when the governor wrote to us telling us that the location will be in Ol Kalou Town,” said Mr Nderitu.

“We have not even held meetings as agreed. We as Ndaragwa residents will definitely move to court if he is not going to respect and follow the agreement,” added the MP.

Mr Nderitu lamented that Ndaragwa Constituency has been left behind in development and that it had been agreed in a previous forum that the university be put up in the area.

He argued that all the five constituencies in the county had a technical institution unlike his constituency.

“How can we have all institutions and development concentrated in one area while other areas don’t have even a single development undertaken by the county government?” wondered Mr Nderitu.

He added that his constituency has always been left out in the allocation of resources, a trend that he said should be changed.

The lawmaker proposed that the university be set at Simbara Secondary School, noting that the area had ample land and infrastructure.

“My area is the only [one] that is not developed. By bringing the university here means that the area will develop. It is good that our leaders unite and agree to develop the area by giving us the university,” he said.

But Governor Mwangi has since denied neglecting the area noting that Ndaragwa has a teacher training college.

“The claims that my administration has neglected the area are not true.

“Aberdares Teachers Training College was last year established in the area [in] partnership [with] the national government,” the governor said.