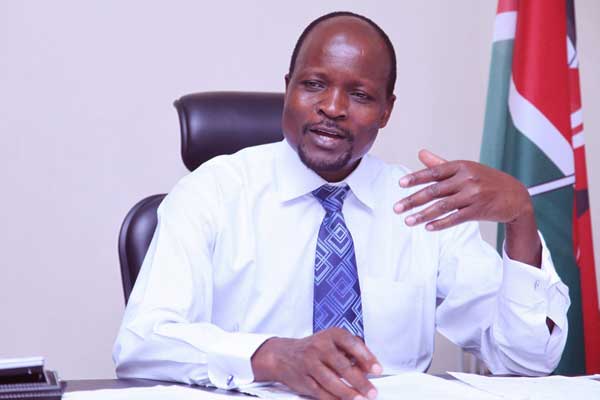 Chief Magistrate Lawrence Mugambi on Monday in his bail ruling ordered that Obado be barred from accessing Migori County offices until the case is concluded.

Mugambi said the same conditions that applied to former Kiambu Governor Ferdinand Waititu will also apply to Obado on access to his office.

The magistrate said the governor will be escorted to pick personal belongings.

The Chief Magistrate also ordered police to give all the identification cards numbers of the accused in the case to the Immigration Department who will block their departure from Kenya.

Obado and his children were ordered to deposit their passports in court.

Obado and his four children spent the weekend in police custody ahead of their bail ruling.

Obado was on Friday arraigned alongside his children and seven others to answer charges of graft over the loss of Sh73.4 million.

The accused persons denied all the counts of graft at the Migori county government.

They all denied that between October 29, 2014, and October 18, 2016, within Migori county they jointly conspired to commit an economic crime which was the unlawful acquisition of public funds totaling Sh73.4 million.

Obado was separately charged with eight counts of conflict of interest.

It is alleged that being the governor he held an indirect private interest in several contracts that paid money into his children’s accounts.

He and his son Dan were jointly charged with money laundering.

They allegedly entered into an arrangement to transfer of Sh10 million for the purchase of a Land Cruiser vehicle knowing that the money was proceeds of crime.

The prosecution opposed their release on bail, telling the court that Obado was a flight risk and if released he may interfere with witnesses.

The prosecution also argued that the governor has a pending murder case and should not be granted bail.

The prosecution said they intended to charge Obado with another case and he should be denied bail until the case is heard and determined.

However, defense lawyer Kioko Kilukumi said Obado cannot run away from jurisdiction claiming that the governor drove himself to the Kisii EACC offices to surrender himself when he had the opportunity to escape to Tanzania, which is near Migori.