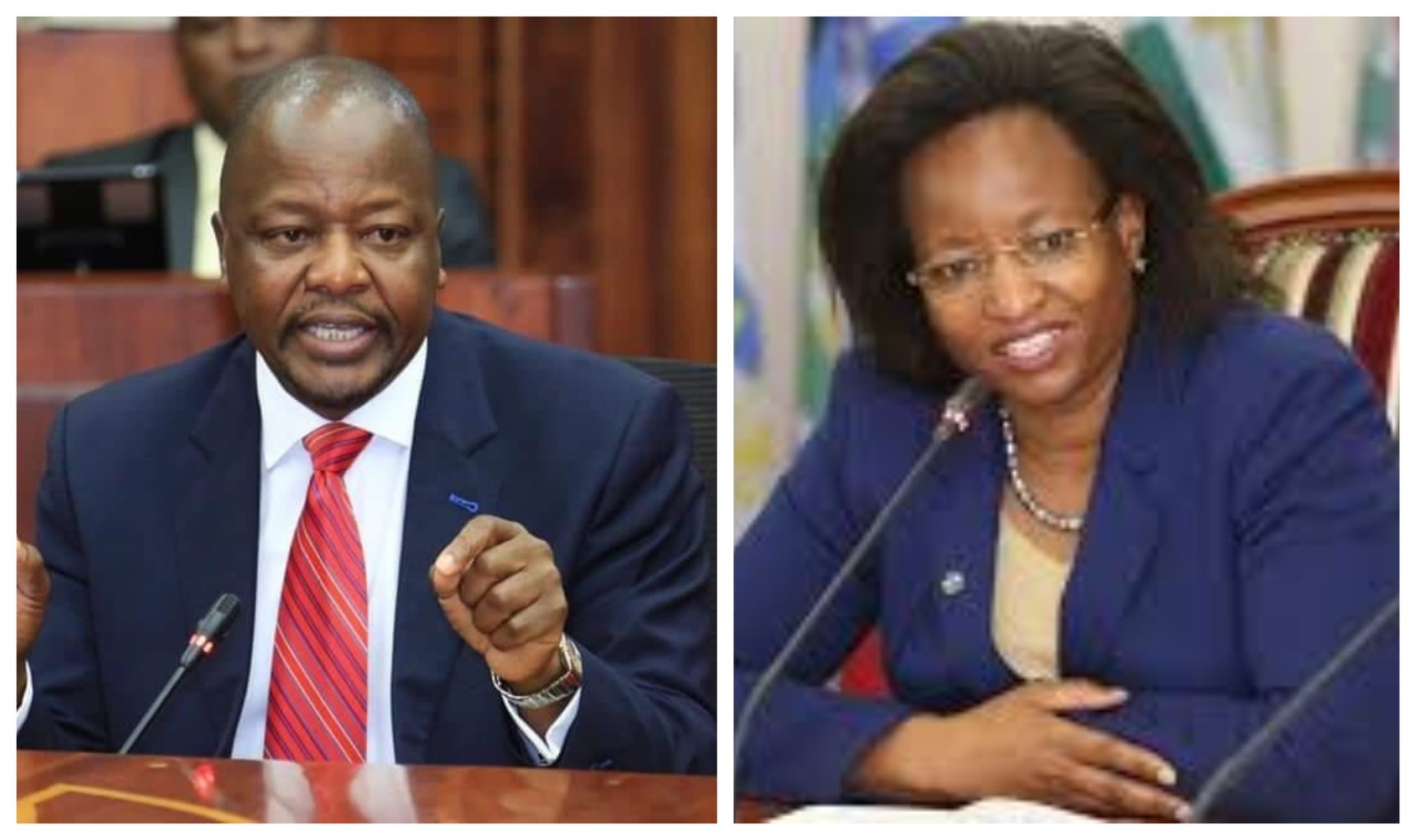 Health CS Mutahi Kagwe and his PS Susan Mochache are facing a tough week ahead after Parliament summoned them over alleged misappropriation of Covid-19 funds at the Kenya Medical Supplies Authority.

“Yes (we have summoned them) but the week after this week. We await more evidence from Kemsa as requested in the last sitting,” Senator Sylvia Kasanga, who chairs the Ad hoc committee on Covid-19 situation in the country, said.

Murang’a Woman Representative Sabina Chege, who is the chair of the National Assembly Health Committee, said they have summoned them to respond to submissions by Kemsa officials.

The summons came only days after suspended Kemsa CEO Jonah Manjari implicated the CS and PS in the alleged procurement mess at the agency.

There has been public uproar after revelations Kemsa officials dished out tenders worth billions of shillings to select firms to supply Covid-19 items at inflated prices.

Already, the Ethics and Anti-Corruption is investigating the alleged scheme to steal the Covid-19 billions and last week, President Uhuru Kenyatta ordered EACC to complete investigations within three weeks.

Appearing before the senate joint committee on Friday, Manjari claimed that he was under pressure from Kagwe, Mochache, and a brigadier to procure the Covid-19 items.

“We got various requests from the Health CS, the PS, and a member of the Covid-19 Emergency Response Board. The requests were in the form of phone calls, text messages, and even emails,” said the embattled Manjari.

According to Manjari, at some point, the Emergency Response team visited Kemsa and asked for specific items that they didn’t have at the time and asked them to tender.

On Thursday, Kemsa board chairman Kembi Gitura admitted a letter from the PS directing Kemsa to procure the items from specific companies.

In her letter dated April 15, Mochache specified to Kemsa the items they were to procure, listed specific suppliers they were to source them from, and the prices.

Through the letter, Mochache authorized the procurement of goods worth Sh758.7 million.

“Disregard all other requests made in relation to Covid as they may have been captured under this approval,” reads the letter.

Manjari, who is currently on suspension to allow for investigations into the alleged theft of Covid-19 cash, refuted claims the PS directed Kemsa to procure the items from specific firms.

He said the list of companies attached to the PS’s letter was generated by Kemsa itself when it wrote to the PS requesting for funds to pay the companies for their supplies.

“That letter purporting to give instructions or the perception is erroneous. The letter the PS wrote was actually referring to the one we wrote to her. She wrote the letter and attached the list that we had forwarded to her seeking funds to pay the companies,” Manjari said.

Manjari explained that at the time Covid -19 pandemic hit the country in March, there was no budget, adding that at the time there was only one supplier of the N95 Masks which was being supplied for the Multi-Drug-Resistant (MDR) TB patients.

“Before Covid-19, the N95 masks were only being used by the health workers attending to MDR patients. We had very few suppliers with the capacity to supply the N95 masks but we entered into an agreement that they supply them in July. At the time, their prices had increased tremendously,” Manjari told the committee.