Home General 100 Million Is The Amount Kevin Omwenga was To Collect Before His... 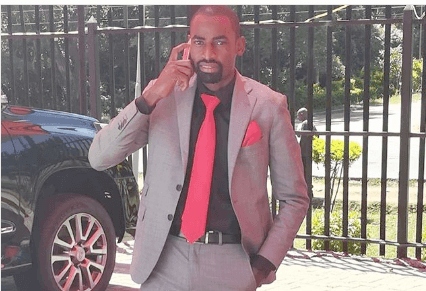 Kevin Omwenga Case: As investigations into the murder of Kevin Omwenga continue, new details have emerged. The new details say that the slain 28-year-old was set to collect a whopping Sh. 100 million in Dubai following a successful deal.

Omwenga was to travel to the Arab country together with his neighbor and friend who has been identified as Jamal. Jamal is the Asian / Arab looking fellow with a ponytail who was spotted in the CCTV footage on the night that Omwenga was murdered.

According to a report by Citizen TV, detectives are seeking to establish if the main suspects Chris Obure and Robert Bodo were part of the business deal in what detectives suspect may have led to the death of Omwenga.

Messages retrieved from the Omwenga’s phone further show that he had been in communication with Robert Bodo who shot him. Apparently, Omwenga had extended unknown assistance to Bodo.

“You’re a true brother you helped me,” Bodo wrote to Omwenga, to which the deceased replied, “Welcome bro”.

Omwenga was laid to rest on Saturday, August 29, at his rural home in Kitutu Chache, Kisii county, with a number of high-profile controversial city businessmen attending the event. His burial came a week after he was shot dead at his apartment in Galana Suites, Kilimani estate on Friday, August 21. Kevin Omwenga Case.