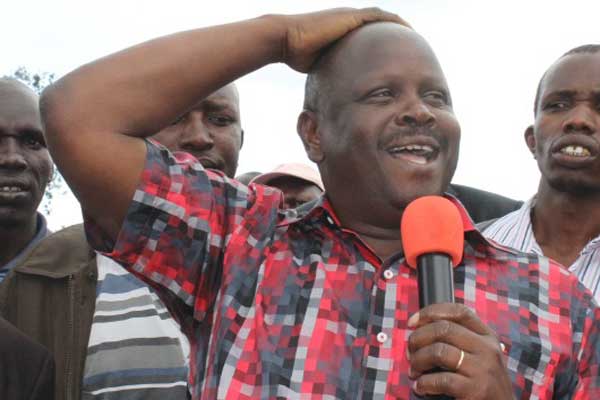 At least the party has cancelled its primaries in 21 constituencies following claims of vote rigging and ballot stuffing in most polling stations.

And now Bomet governor and NASA co-principal has laughed off the leader of the ruling party Uhuru Kenyatta over the chaotic polls as an indication of their incompetence to run this country.

He questioned their commitment to ensure Kenyans of a free and fair general elections later this year.

“Jubilee is not able to conduct its own primaries. How can we trust it to guarantee Kenyans a free and fair election?” he posed.

Speaking in Bomet Green stadium where he unveiled Chama Cha Mashinani nominees in the county nominations,Rutto said the confusion that has marred Jubilee primaries was as a result of his exit from the party.
“The confusion in Jubilee is as a result of my departure. I am the one who has all the ideas and plans to succeed. It will be an uphill task to penetrate and sell its candidates in the coming polls,” Ruto told his supporters.

The governor has been at loggerheads with the deputy president William Ruto.His open defiance played out when he rallied behind  KANU candidate for the seat of Kericho senator.He has been accusing his namesake of neglecting the people of Rift valley even after voting for him to the last man.