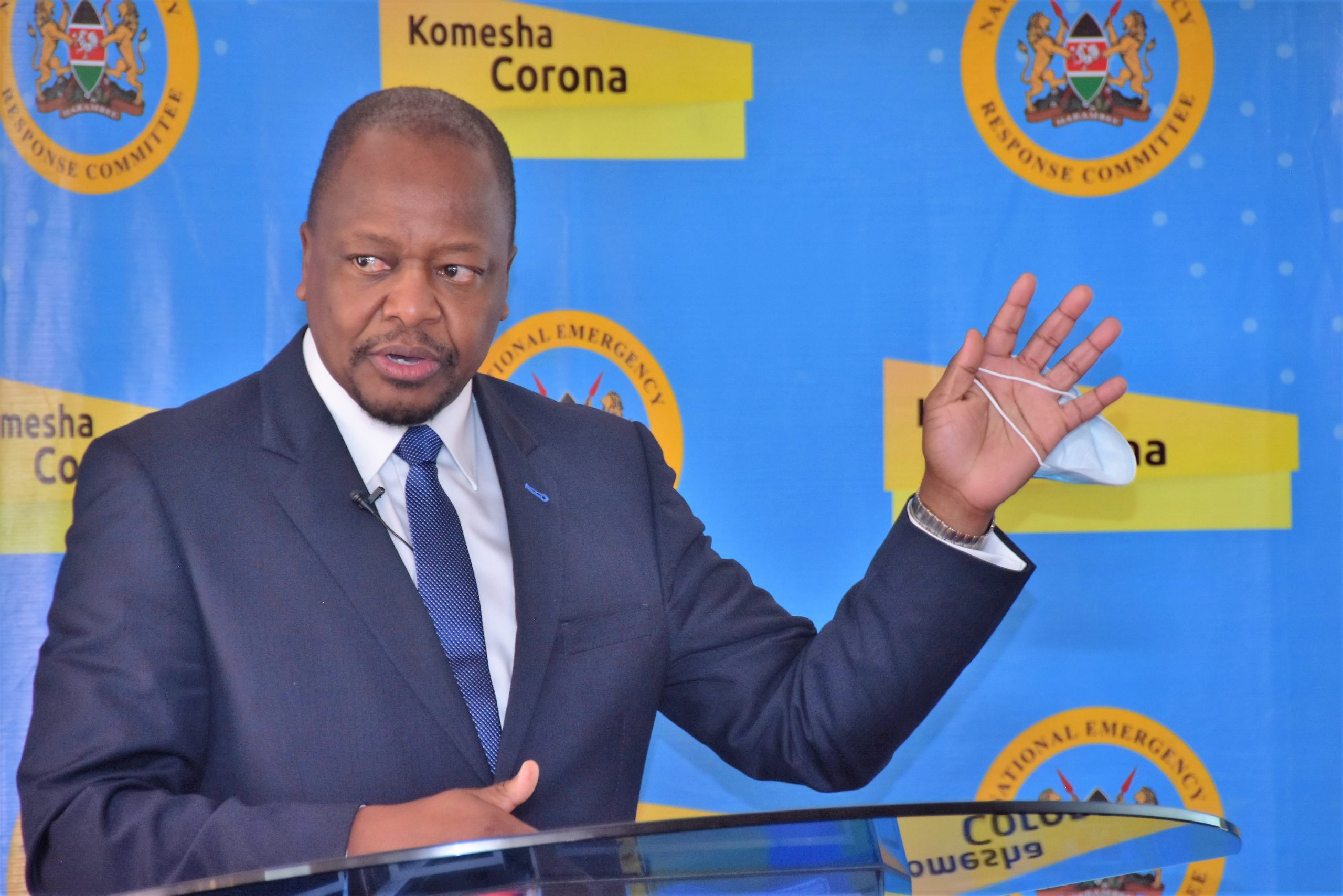 The Covid-19 infection rate in the country appears to be static after the Ministry of Health confirmed that 63 positive cases from a sample size of 2,134 in the last 24 hours.

The cumulative test in the country now stands at 1,094,278. MoH confirmed that 57 of the positive cases are Kenyans while 6 are foreign nationals.

In terms of gender, 37 are male whereas 26 are females with the youngest case being an eight-year-old child and the oldest aged  73.

Sadly, 3 patients succumbed to the virus, making the country’s total fatalities to 1,713.

“Our condolences to the families and friends of those who have lost their loved ones,” Health Cabinet Secretary Mutahi Kagwe condoled.

687 patients are currently admitted in various health facilities across the country while 2,190 are on Home Based Isolation and Care.

MoH announced that 31 patients had been admitted to Intensive Care Units (ICU), out of which 20 are on ventilatory support and 10 on supplemental oxygen. One is on observation.

Another 11 patients have been placed separately on supplemental oxygen all of whom are in general wards. MoH confirmed that there were no patients admitted to the High Dependency Unit (HDU). 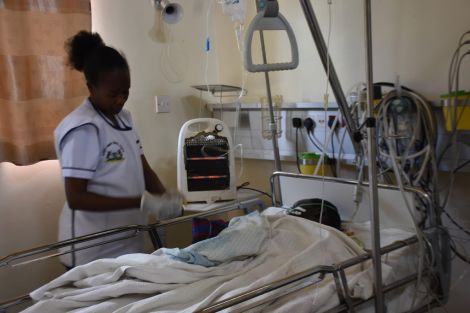 A nurse attends to a patient at an ICU ward at the Moi Teaching and Referral Hospital in Eldoret, Uasin Gishu County in January 2020