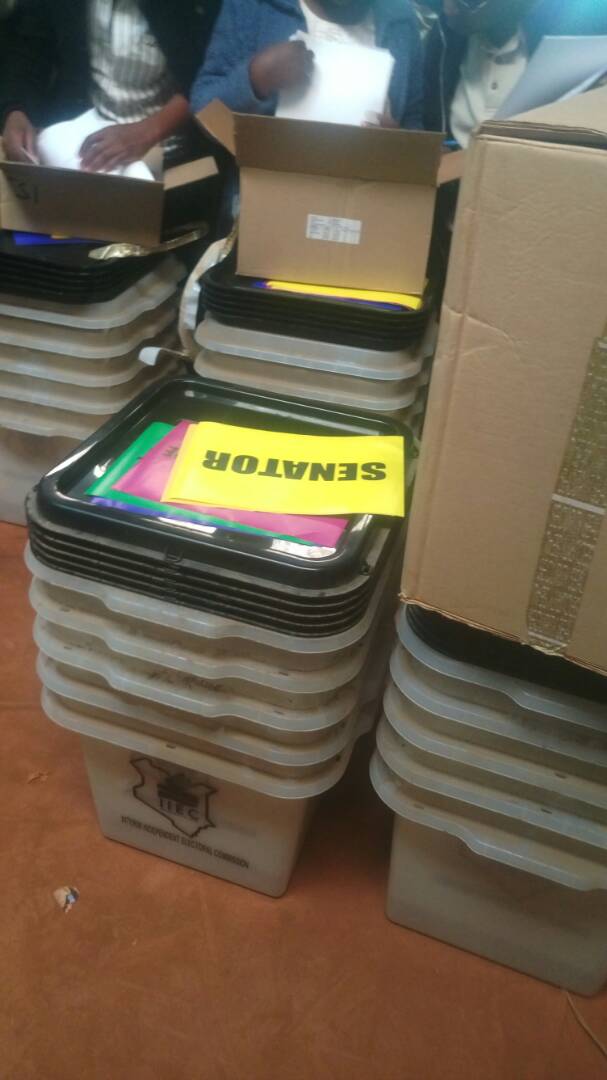 The start of nominations by the ruling Jubilee Party was marked by confusion, disorganization and tension.

In the voting counties across the Jubilee strongholds, polling stations were characterized by anger and accusations as polling materials failed to turn up.

In Nakuru, residents who turned up at 6am expressed shock after they found that there were no polling materials.

In Kirinyaga County, voting was delayed as transportation of ballot boxes and papers was impeded by heavy rains.

In Nyandarua, the voting process was marred by missing names and missing polling materials.

In Taita Taveta County, voting in the Jubilee nominations also failed to kick off on time at various polling centers in Voi due to delays in delivery of poll materials.

Tension was high in Eldoret, Uasin Gishu County, after claims that the ballot papers supplied were not enough. Officials at uasin Gishu Primary School complained that they had received insufficient voting materials.

This was the same case in Eldama Ravine. Reports indicate that out of 40,000 ballot papers required for the gubernatorial election in Eldama Ravine, only 16,000 were provided.