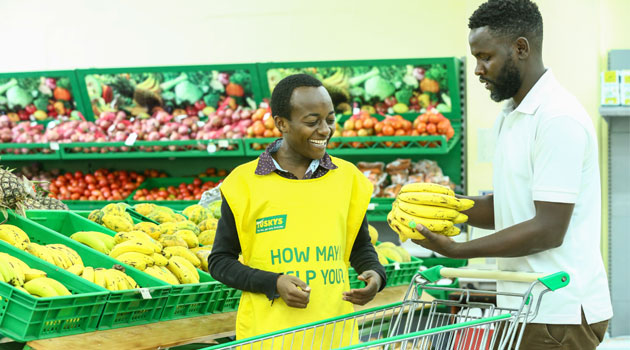 The struggling retailer, Tusker Mattresses Limited is planning a major comeback after receiving a stock guarantee from suppliers worth Sh1.2 billion even as it prepares for a strategic investor.

On Friday, the firm on the brink of collapse over suppliers’ debt worth over Sh6 billion kicked off a customer rewards programme that will also feature the relaunch of some of its closed outlets across the country.

Speaking during the reopening of the Greenspan outlet, Tuskys CEO Dan Githua termed the reward programme as a rebirth of Tuskys, saying that the retailer is on a recovery path with select branches now optimally stocked.

”The restocking has been undertaken in conjunction with leading suppliers who have committed to the retailer on a win-win basis to the tune of Sh1.2 billion,’’ Githua said.

As part of the commitment, the retailer, he confirmed has already received assorted stocks, customer discount vouchers and giveaway merchandise valued at more than Sh200million.

The launch of the reward programme is coming just days after the lender notified the Competition Authority of Kenya (CAK) of intended capital injection by a strategic investor.

Although details of the deal are yet to be made public, an internal source involved in regular meetings with angel investors told the Star that a deal of 100 per cent takeover is on the table.

Tuskys will soon roar back to life. Local and foreign investors have expressed interest. Suppliers have been briefed on every development hence the confidence,’’ the source who pledged anonymity said.

In its letter to the CAK, Tuskys said it has already put in place a system, which will stop it from directly handling suppliers’ cash.

Money paid at the till will be deposited in an escrow account, from where suppliers’ dues will be sent to them and the balance left to Tuskys.

In a letter, Githua told the competition regulator that the more than 100 suppliers have already signed up on the trading platform and intend to bring 90 per cent on board by end of this month.

The retailer has already reached a deal with some suppliers to repay the Sh2.4 billion debt in instalments over the next two years.

“Our members are offering support to Tuskys to address issues that can jeopardize relations between suppliers and retailers. We hope that more suppliers will join the Tuskys Suppliers portal,” Bett said.

On her part, the Retail Trade Association of Kenya (RETRAK) CEO Wambui Mbarire stressed the need to review the operating frameworks within the retail sector to facilitate mutual growth.

“Suppliers and retailers need to come together to formulate a workable platform that does not appear to exploit either party. The rebirth of Tuskys is a good starting point to allow us to relook and solve retail challenges,” said Wambui.