Home General Shiru wa GP: My 9 Year Struggle To Get a Child, the... 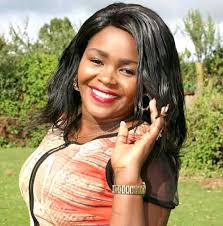 Celebrated Kikuyu gospel artist Shiru Wa GP has poured her heart out on one of the darkest moments in her life.

Speaking to Inooro TV’s Jeff Kuria, Shiru wa GP disclosed that after trying to conceive with her husband for nine years with no luck, she was finally elated when she got pregnant with twins.

Despite giving birth to the boy and girl prematurely after just seven months, Shiru said they were excited that they were finally going to be parents.

Ken Muchina: You won’t create any wealth by saving via Merry Go Round

‘’I had tried conceiving for 9

years, approaching 10 when God blessed me with twins. I was over the moon despite my babies being born two months premature. At that point, I didn’t even ask people to pray with me as I knew God had already blessed me in a big way’’ said Shiru wa GP .

Unfortunately, their joy would be short-lived after their son passed on one and a half months later while in the incubator.

The hospital bill comes to a staggering Sh4.5 million and had to reach out to well-wishers for financial aid, which by her own admission was not easy.

As if life hadn’t dealt her with enough, a chest infection saw her get admitted at Nairobi Women’s hospital while her daughter was still in the hospital.

The double admissions of mother and daughter pushed the bill higher compelling close friends and family to fundraise more.

Two years after the heartbreaking ordeal she would be inspired to release her latest song ‘Irema’ which when translated means scar.

‘Everybody in life has a scar, we see them and remember the occurrences but the scars cannot stop us from overcoming the situations and truly serving God’ the song description by the singer reads.

“It inspired my song ‘Irema’ because the scars of life should not stop us from praising God. The bad things we go through are to encourage others in the future. And I thank God for he saved my daughter Wambui who is now in school.” she said.

The ‘Laleiyo’ singer may be broken but she is not destroyed. Together with her husband, they are raising their two-year-old daughter who has enrolled for school.