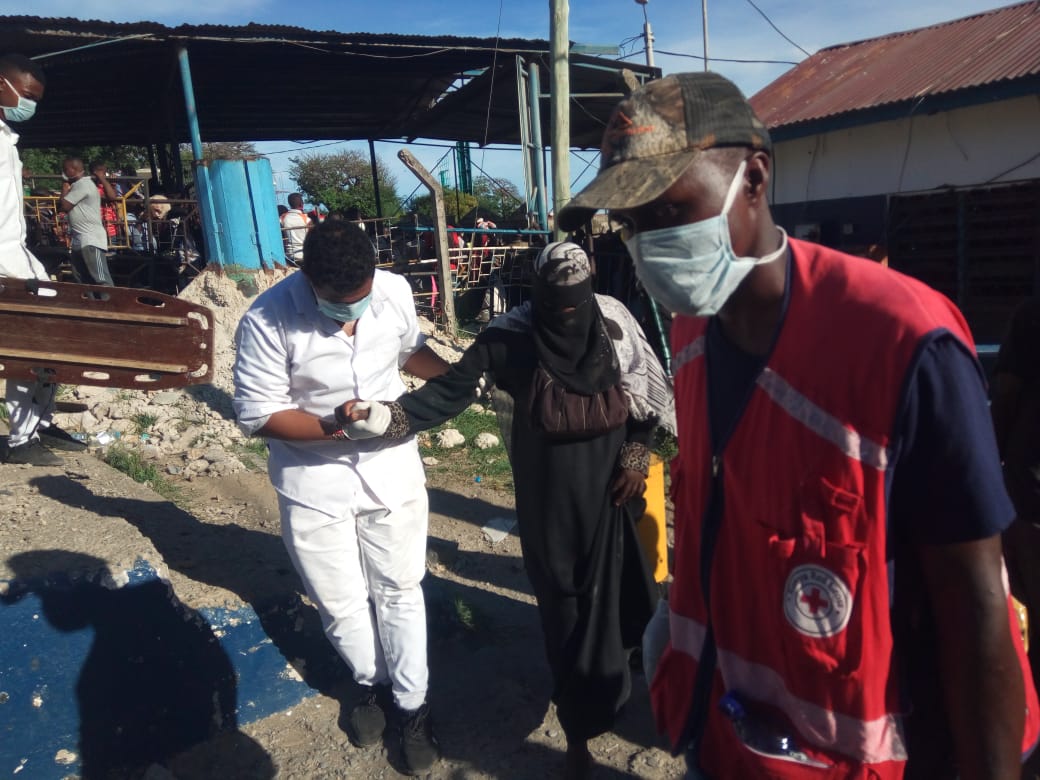 Several people sustained injuries on Tuesday evening after one of the ferries at the Likoni Crossing Channel after MV Safari- the newest ferry- stalled.

MV safari is said to have developed after a hole cut on its side from the impact caused water to flood into its engine room.

Commuters who were rushing home went into a stampede and overwhelmed sentries who were manning the waiting bay.

Several people sustained injuries by the time MV Jambo pulled at the bay, to ease the congestion.

Several people were rushed to hospitals across Mombasa by Red Cross officials who arrived at the scene shortly after.