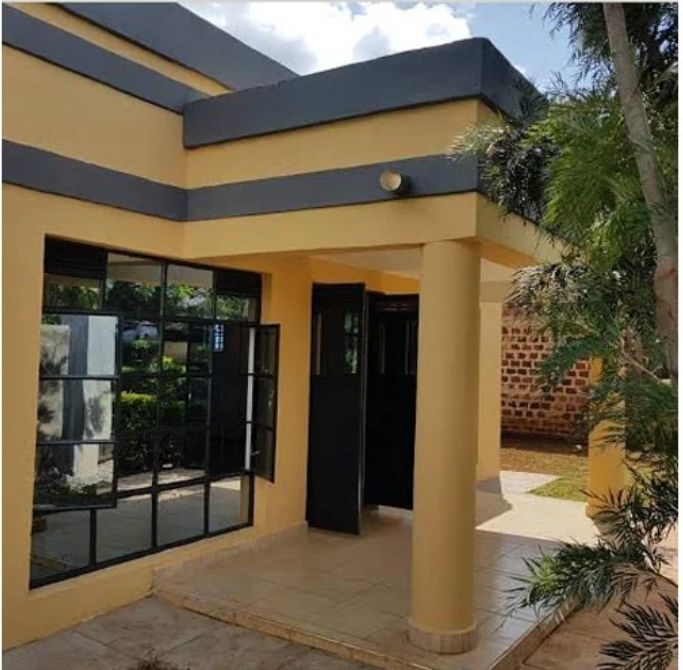 Kiss FM morning breakfast show host Jalango has taken his fans on a tour of his retirement home back in Nyanza.

In a past social media post, Jalango branded his mansion a ‘simba’.

“SIMBA IS THAT FIRST HOUSE YOU BUILD IN SHAGS… THE BOYS CAVE,” HE CAPTIONED ONE OF THE PHOTOS.

In another photo, an excited Jalas wrote,

“SHAGS… SIMBA. THE SMALL PROJECTS THAT JUST MAKE YOU HAPPY.’’

In another series of posts, the comedian shared photos of his new village home when he was starting the construction that is near completion saying,

On Monday after attending the burial ceremony of acting icon Charles Bukeko a.k.a Papa Shirandula Jalango drove down to his shags to check out his home.

“WE ARE ALMOST THERE. RETIREMENT HOME.”

Check out the star’s home in the photos below.

My Mother Refused To Great Me For Fear of Coronavirus

Kiss FM co-host Jalango was among people who had attended the burial of the late Charles Bukeko alias Papa Shirandula at his Busia home.

Papa died on Saturday at the Karen Hospital after succumbing to coronavirus.

Among the precautions taken during the burial is that people who had traveled from Nairobi were put in one tent to avoid contact with the locals.

Speaking about his experience during the Morning Kiss show, Jalango said,

‘MY OWN MOTHER DID NOT EVEN GREET ME, WALITUTOLEA MA THERMOMETER HUKO.

Here are five measures instituted at the much-publicized burial of Papa Shirandula that were to aid the spread of Covid-19.

The body of the TV star was accompanied by two buses of mourners who were received by Busia county health officials.

They were all screened under strict Covid-19 protocols.
His body was carried in a hearse from Nairobi to his village in Busia, believed to be a distance of about 450 kilometers.

2. Those who accompanied Papa were not allowed to mingle and spent the rest of the night and morning in one tent.  Authorities asked locals not to mingle with them to avoid the spread of the disease.

5.  Only 10 members of Papa’s family were allowed to be by his gravesite for the final rites. By 8:47 am his body had been lowered to the grave.