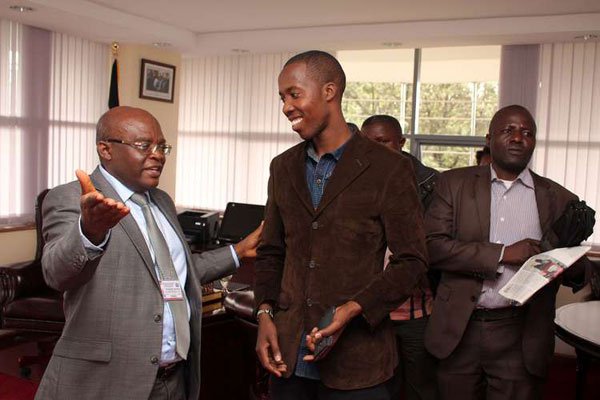 A 28-year-old university drop-out has admitted to performing cesarean section and other surgeries while operating as a fake doctor.

Shockingly, the quack was at some point promoted to the position of Medical Superintendent by the Ministry of Health Meteitei Sub-County Hospital in Nandi.

Mr Melly was arrested at the Kenya Medical and Practitioners Board offices, where he had been tricked to believe he was going to renew “permanent” medical licence.

Mr Melly confessed to the Medical Board CEO Daniel Yumbya that he still had three supplementary exams pending, meaning he was never qualified to graduate, let alone practise as a medical doctor.

Mr Melly sat his secondary examination at Tinderet Boys and got a ‘B’, meaning that if at all he was admitted, he must have been under the parallel degree programmes.

Some of his application forms to the medical board show that he claims to have an undergraduate medical degree awarded in 2014 by the University of Nairobi. However, police officers on the case on Monday say Mr Melly did not finish his studies at the University of Nairobi and wondered how he was deployed as a medical doctor by the Ministry of Health in April last year.

Documents show that he was posted to Kendu Adventist Hospital in Homa Bay County for 12 months after graduation, earning a monthly salary of Sh. 35,910, a house allowance and other benefits. This is despite the fact that for one to be posted as a doctor, the graduating university must send the list of names of its medical students to the Ministry of Health, which then deploys them for one year internship in selected institutions.

This story was first published in the Daily Nation.