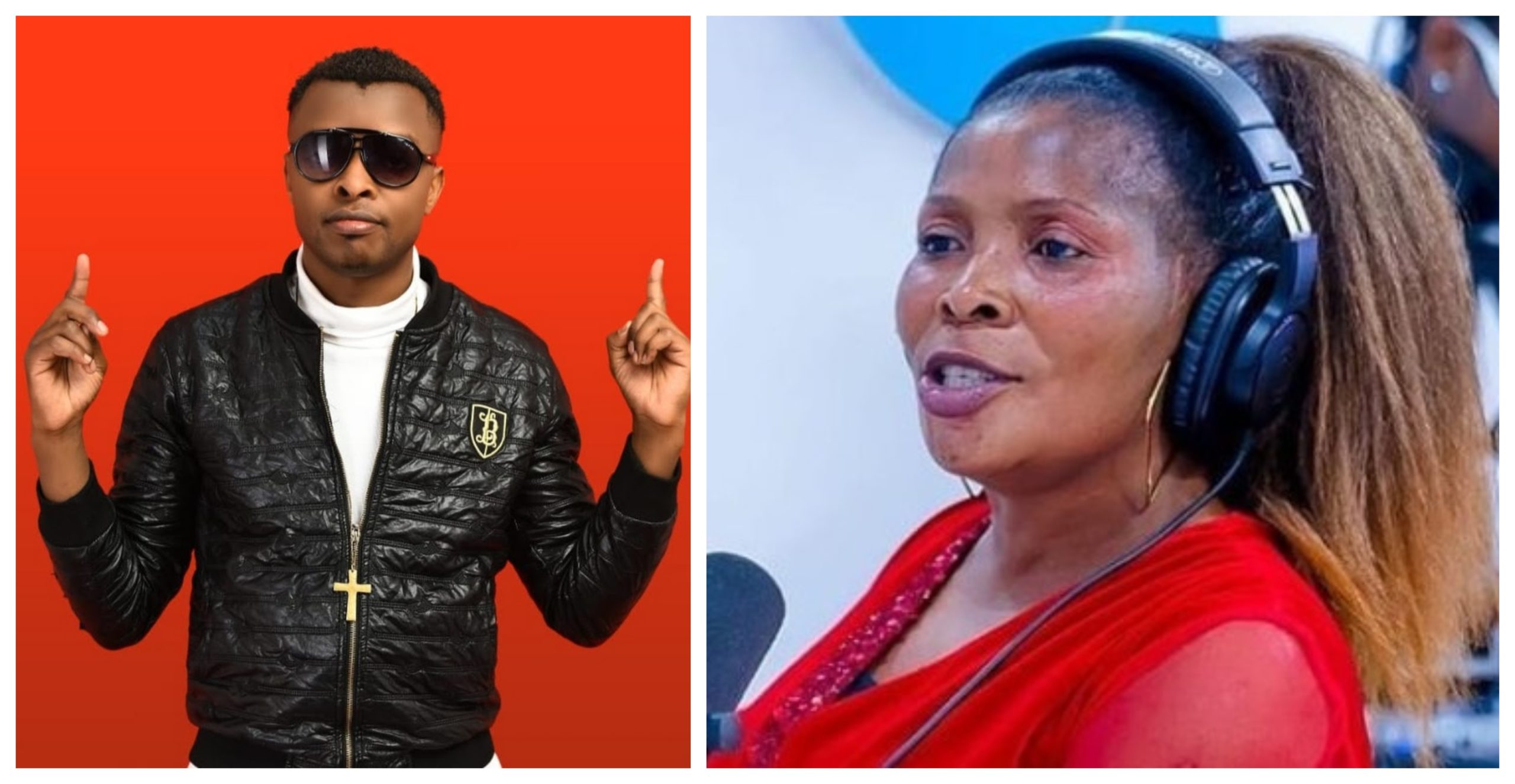 Controversial gospel artiste Ringtone Apoko surprised Rose Muhando on stage, leaving her shedding tears of joy on Saturday evening during the launch of her album.

The charges were Ksh50,000 per head and the raised money will be used to build a church for the gospel superstar. Ringtone walked to the stage and before he could utter a word, Muhando took the mic and showered him with praises.

The two then performed their song Walionicheka, which has so far garnered over 5 million views since its release in September 2019.

Later Ringtone, who was dressed in a rugged-jeans trouser, designer sneakers, a white t-shirt, and a blue jacket, sent Ksh100,000 to  Rose Muhando’s paybill account.

The excited Muhando couldn’t hide her joy and she thanked Ringtone for the support.

Most artists didn’t show up for the event and when asked for his opinion on this in an interview with Mzazi Tuva, Ringtone said,

‘I THINK THE REASON WHY MOST DIDN’T COME IS BECAUSE THEY COULDN’T AFFORD THE 50K. MANY HAVE BEEN AFFECTED AFTER COVID-19 HIT. I DON’T WANT TO BLAME THEM.’

Speaking to Mzazi Tuva after the event, Muhando thanked those who supported her and revealed there will be another event in Kitengela in a few days time to fundraise for her church.

‘WATU WALILIPA KWA PAYBILL NUMBER NA WENGINE UKUMBINI (AT THE EVENT’S VENUE). PEOPLE HAVE SUPPORTED ME AND I DIDN’T THINK THEY WOULD ESPECIALLY AFTER THE UPROAR ON SOCIAL MEDIA ABOUT THE EVENT’S CHARGES.’

She said she invited many people among them those she did collabos with like Size 8 but they couldn’t make it to the event though supported her.

Below are photos of Muhando and Ringtone’s moments on stage.