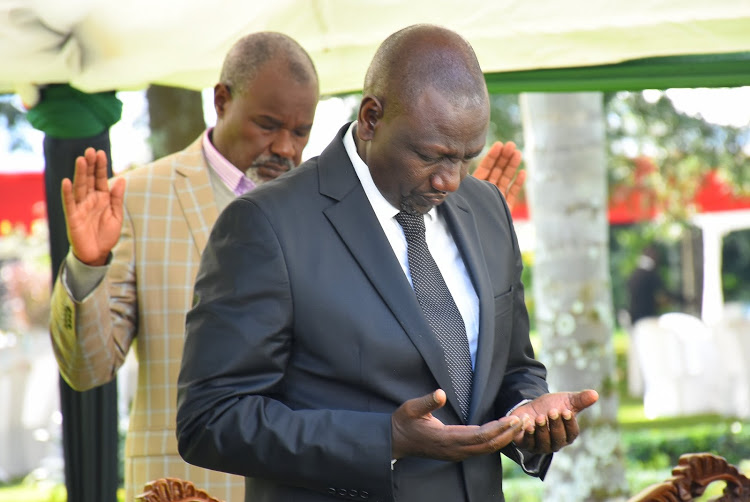 Jubilee Party has reportedly laid a trap for Deputy President William Ruto that will see him kicked out of Jubilee earlier than expected.

His antagonists said that he is walking on a tightrope and his fate will be sealed once the by-elections in Matungu, Kabuchai, Nakuru, and Machakos are over. Insiders alleged that they would use the results to add more charges on Ruto.

The DP was accused of fronting candidates in the by-election through a rival party, the United Democratic Alliance against his party’s will. Jubilee is seeking to win the ward by-elections at London and Hell’s Gate in Nakuru on Thursday, March 4.

However, the ruling party faces stiff competition from the Ruto-linked wheelbarrow party. Jubilee opted against fielding candidates in the parliamentary by-elections in Matungu and Kabuchai and the senatorial by-election in Machakos, saying that the seat belonged to ANC, Ford-Kenya, and Wiper respectively. 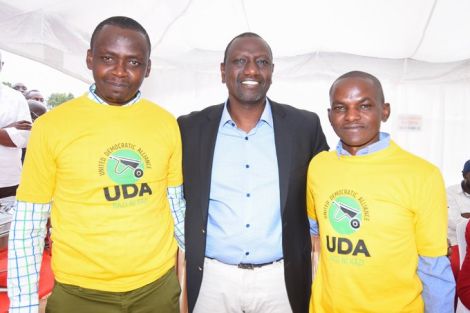 Nonetheless, they supported a number of the aforementioned parties and expected all its members to follow suit.

Sources at Jubilee added that Ruto is the last man standing from his camp after his ally, Soy MP Caleb Kositany was ousted from the Deputy Secretary-General Post. His role was handed over to Cherangany MP Joshua Kutuny. All his other confidants were axed from Senate, Parliament, and Jubilee roles.

“The purge has been going on and we started with his allies and now we are targeting him. He must declare which side of the bread he wants to partake. Either he is with Jubilee or not and if not, then let him focus on UDA and wheelbarrownomics,” a source said.

Nyeri MP Ngunjiri Wambugu added that the plan to eject Ruto had been rolled out and there was no turning back. He added that the DP would face the same music as his allies who were accused of insubordination.

“Kositany was axed because he supports another party. This justified the action taken against him. The same rules will be applied on the DP. The party hierarchy will discuss the way forward,” Ngunjiri told a local daily.

However, Ruto allies were adamant that they would not let the DP be ejected from Jubilee and would fight to ensure the scheme fails.

Kositany said that anti-Ruto crusaders would have to adhere to the constitution to follow through with the eviction which he promised would not be easy.

On Thursday, February 26, Jubilee Vice Chairman David Murathe, said that they would evict Ruto from the official DP’s residence at Karen, Nairobi.

“Whether it will be an impeachment or any other way, you can be sure he is getting evicted soon,” Murathe, who warned that Kositany would be expelled, cautioned Ruto.

A few days earlier, the President had dared his deputy to quit the government and desist from double standards. Kenyatta lamented that Ruto was castigating the government on one side and enjoying the benefits on the other end. 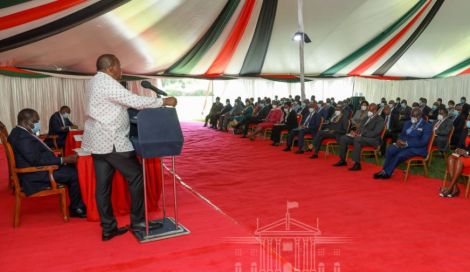 President Kenyatta meeting with Government Officers in the Senior Ranks of the Executive on February 18, 2021.