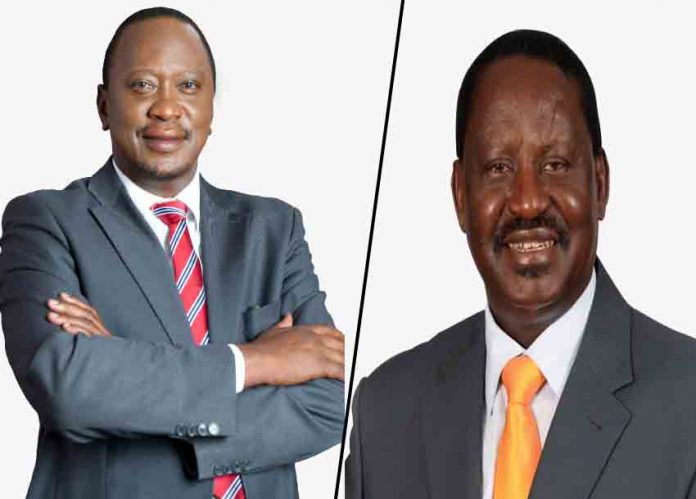 According to the poll, Raila will get 49 per cent of votes cast while Uhuru will garner 48 per cent. According to the poll, 2.2 per cent of Kenyans are still undecided on who to vote for.

This has been an improvement by Mr. Odinga, whose popularity according to InfoTrak has climbed from 47 per cent a week ago to 49 per cent.

Uhuru has gained one per cent from 47 per cent to 48 per cent.