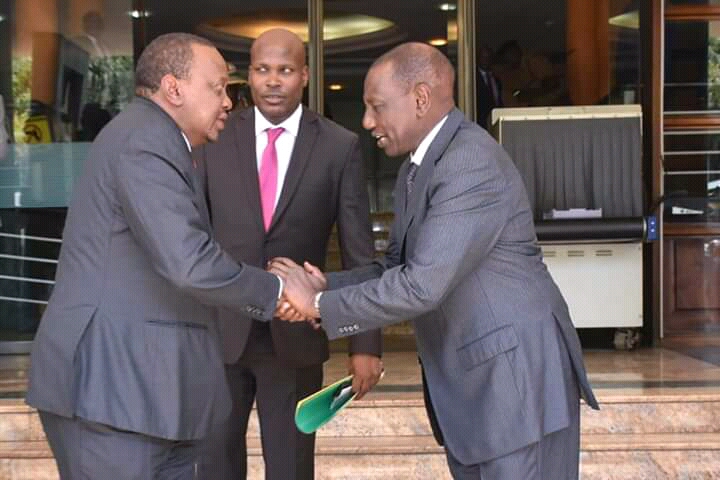 The president’s visit was very unlikely to William Ruto’s Annex offices in Nairobi.

This comes after weekends of bitter exchange of words from MPs allied to the deputy president. They have questioned presidents interests in fighting war against corruption. There has been discomfort within circles of Jubilee over the presidents new found relationship with opposition chief Raila Odinga.

Even though the meeting details is scanty Kenyans expect the two to have talked about the recent wrangles in Jubilee and development of impeachment motion that will be tabled in parliament by ODM MPs.

Uhuru had been accompanied by Nairobi Governor Mike Sonko in a rare visit to his deputy at Annex offices.

Newsday.co.ke understands that the move by president is to calm down the pressure from jubilee members parliament who were demanding to meet the president over the growing rift in Jubilee party.

The head of state is scheduled to leave for Mombasa later in the day. Experts believe that Uhuru will have left Nairobi a calm place as he leaves for Mombasa for official government business.