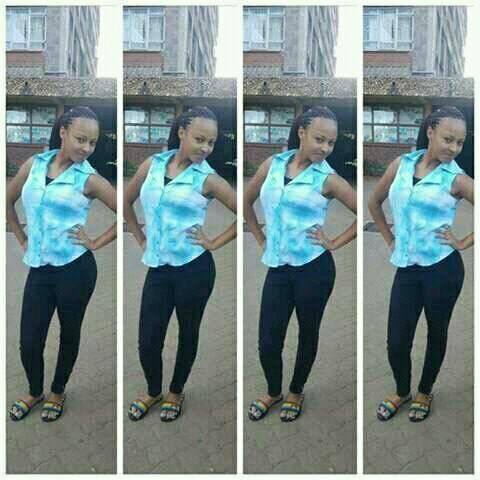 Photos of a young girl thought to be aged 18 years who is wanted by the police have surfaced.

The young girl going by the name Sling Berry is a member of the notorious Kayole Gaza Gang.

The young girl, who has been put on notice by the feared Kayole cop Hessy, has retorted that she isn’t afraid of dying!

With photos of the young girl in circulation, some social media users who know her have come out to plead with her. take this message posted on facebook:

Apparently, Sling Berry is one of the growing number of young girls who have been lured into the deadly gang. Some reports claim that Sling is actually a Form Four student who is slated to sit for national exams this year. Newsday Kenya, though, could not independently verify this. Shockingly, last week she came out on social media to say that she wasn’t afraid of the police or being gunned down. Here are screenshots of the young lady’s conversations: