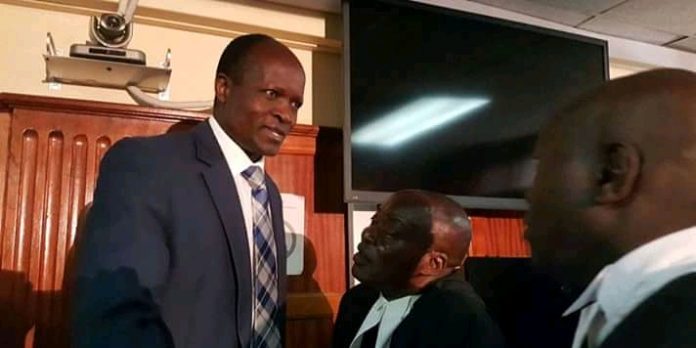 The murder case against Migori Governor Okoth Obado, his PAs Michael Oyamo and Caspal Obiero have been consolidated.

The three denied the two counts of murder of Rongo University student Sharon Otieno and her unborn child.

The charges were read afresh on Monday.
High court judge Jessie Lessit ordered the three remanded until Friday, October 12 when their bail application will be heard. The bail application was due to be heard on Monday but the judge indicated that the court was busy and issued a different date.

Obado had been at the Kenyatta National Hospital, following a stay at the Industrial Area Remand prison. The governor has been in remand for two weeks.

He was rushed to hospital after he fell sick at the remand prison. The facility doctor who observed him approved his transfer to KNH.

Obado has been in police custody since September 22 when his bail application was cancelled.

The governor complained of stomach pains and was transferred to KNH, a move which stirred debate on whether the governor was getting special treatment while in police custody.