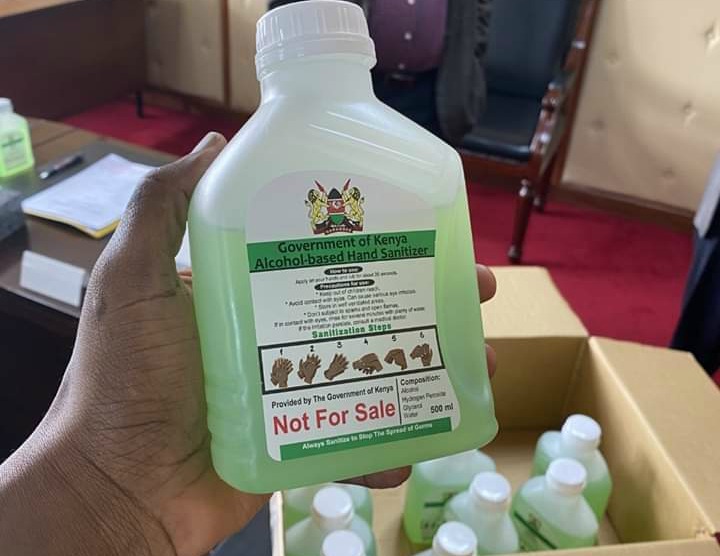 Schools have been encouraged to use soap and water more in handwashing, rather than sanitizers to prevent the spread of Covid-19.

Education PS Belio Kipsang said this was to avoid abuse of the alcohol-based sanitizers.

Kipsang said unlike the use of soap and water, sanitizers can easily be abused because it is 70 percent alcohol and is highly inflammable.

He did not, however, discourage the school heads from purchasing the disinfectants.

“We know the effects of this substance that is why we want to be more cautious about it,” he said.

Speaking during his tour of schools in Bomet on Friday, the principal secretary urged learners to use face masks properly as required and wash hands regularly.

“When we have our children strictly adhering to the laid down procedures by maintaining social distance and regularly washing hands there shall be no need of using the sanitizers anymore, we shall maintain their safety,” he stated.

He also toured Jua Kali artisan shades at Boito and Mogogosiek in Konoin where the desks for schools are being made.

The PS said at least 10, 000 learners have been affected since the resumption of learning across the country as a result of the closure of private schools.

He said while they are yet to complete statistics on what may have occasioned the closures, the number of pupils moving from one school to the other had risen.

He, however, assured that learners set to sit the national examinations have not been interrupted in any way adding that the situation was not dire as has been thought of.

He said the ministry will on Tuesday released a list of all private schools that closed.