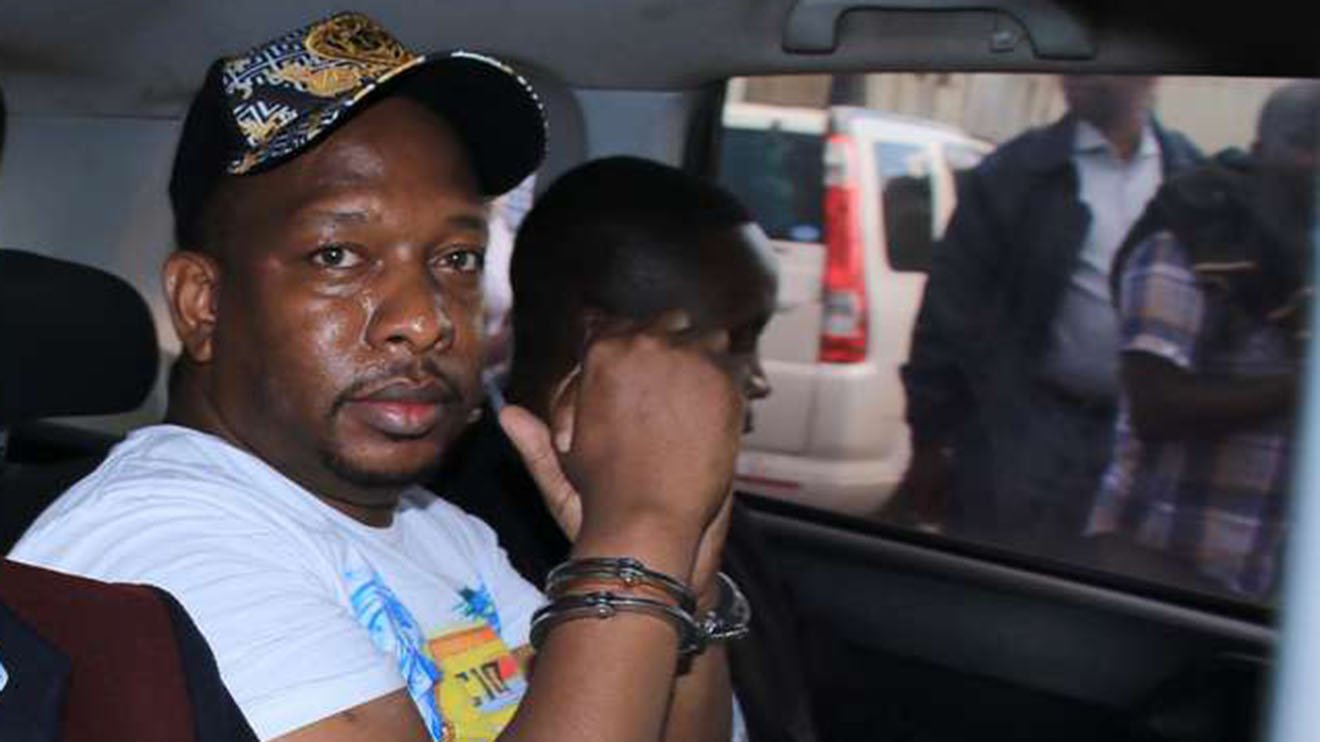 Former Nairobi Governor Mike Sonko will spend Monday night at the Gigiri police station cells after being grilled over claims he and other government officials planned and executed chaos during the 2017 polls.

Police said the former governor will likely be charged, jointly with others, with at least additional seven counts of robbery with violence and five counts of assault.

One of the incidents took place at a kindergarten in Buruburu in 2019.

The case was investigated by DCI Buruburu and detectives recommended his prosecution.

Police are likely to ask for more days to detain Sonko on Tuesday when they present him before court as they investigate the cases.

Earlier, Sonko was summoned by the Directorate of Criminal Investigations detectives to record statements after interior Principal Secretary Karanja Kibicho complained he had been wrongly accused as the planner and executor of the said chaos.

This came after his unsuccessful attempts to stop the police from questioning him over the matter.

He had, through lawyer John Khaminwa, gone to the High Court to ask for orders to stop the planned grilling.

But Justice James Makau declined to issue the orders and instead listed the matter for hearing on February 28.

Police who had been waiting for him for the better part of the day called Khaminwa and told him he had 30 minutes to present Sonko or the former governor be arrested.

This forced Sonko and Khaminwa to drive there at about 3 pm.

He went straight to the grilling room at the Directorate of Investigations.

Secretary-general Edwin Sifuna says only a full inquiry will unearth the motives of such heinous acts.

Sonko had planned to decline to record his statement because of an order that was last week issued by a court baring him from uttering any defamatory words against Kibicho in relation to land grabbing claims.

Officers who talked to the Star said they are investigating a crime to which he is linked to.

The governor had been summoned to appear at the DCI offices last Wednesday at 8 am but he requested to be allowed to appear on Wednesday because he had a court date.

Khaminwa wrote to DCI on Sunday saying his client would not be available Monday and requested to appear Wednesday even as he moved to court unsuccessfully.

But police insisted on him going there as per earlier summons. Sonko has since written to the Witness Protection Agency seeking that witnesses in the case be placed under the witness protection program.

But the law says it is only the Office of the Directorate of Public Prosecution which can make such a request and the matter must be active in court.

“I have reasons to believe that you Mike Sonko Mbuvi Gideon Kioko have some information that can assist me in my investigations,” read the summons issued by DCI head of investigations John Kariuki.

Sonko was summoned following his claims that he, Kibicho, and other unnamed state agents were involved in planning chaos to paint the ODM party in bad light during the 2017 election season.

The High Court issued orders barring Sonko from uttering any defamatory words against Kibicho in relation to land grabbing claims.

Justice Msagha Mbogholi issued the order after Kibicho through lawyer Fred Ngatia filed a case in court saying the false utterances by Sonko have damaged his character and reputation.

He directed the case to be mentioned on February 11 for further directions.

According to the court documents, Sonko on January 24, 2021 while addressing a public rally in Dagoreti South falsely stated and published words that Kibicho has associations with an individual or individuals involved in land grabbing.

Sonko also said that Kibicho was involved in criminal activities during the election period in 2017.

Kibicho says those false claims have since been published and aired in various media houses and the only way to avert further damage, is for the court to intervene and issue the orders.

Kibicho says Sonko did not even bother to ascertain whether his words were factually correct before making such statements.

“Sonko published the words being fully aware that they were false and with reckless disregard on the impact the words would have against me,” he says. The PS had separately dismissed the allegations and complained to the DCI last Monday.

Kibicho challenged Mr. Sonko to table his evidence against him in court. Kibicho told police Sonko had admitted to committing a serious crime. Kibicho distanced himself from the allegations and accused Sonko of character assassination.

The PS vowed that he would be seeking legal redress over the allegations by Sonko on the matter and other allegations on the death of former Vice President George Saitoti.

Kibicho told police Sonko’s outbursts amounted to confession and admission to his involvement in a serious crime that should be acted on. But he denied the claims made by Sonko linking him to the same crime terming it a total lie and desperate move by the former governor.

“All the manner of things he has said against me he must prove them one by one. I deserve to be treated right. He better prepare some good lawyers on criminality. Off course he has admitted he committed a crime. He will have to deal with it. And after he has dealt with the crimes he has publicly admitted to committing he will have to deal with my character assassination as well and I am going for libel this week.”

The PS said the claims by Sonko are aimed at tainting his name and urged police to pursue them to the end. The confessions by Sonko raised the eyebrows of ODM who also demanded probe and action.