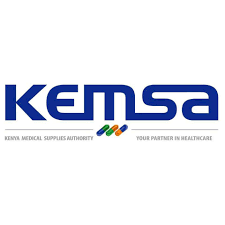 What you need to know:

A law firm adversely mentioned in the Sh63 billion Managed Equipment Services (MES) scandal has threatened to sue the Senate over an injustice it says was committed by the ad-hoc committee that investigated the project.

Iseme, Kamau, and Muema Advocates (IKM), in a September 21 letter to committee chair Fatuma Dullo, said it ignored facts and documents it presented during the probe.

In the 15-page letter seen by the Nation, the law firm terms the committee report deceptive, skewed, and full of misrepresentation of the facts it presented during oral submissions.

Through lawyer Paul Muite, the firm said that should the committee fail to rescind its decision through amendment of the report on the role it played in the MES project, it will have no option but to seek redress in court.

“Take notice that should the committee fail to consider and implement the positions set out in this letter, my client shall take all legal steps and actions to correct this injustice,” says the letter signed by Mr. Muite.

“We have carefully read and studied the report and note, with great disappointment, that the committee completely ignored all documents and explanations the law firm provided in response to the queries posed to it.”

In the MES report set to be adopted or rejected by the House on Tuesday afternoon, the committee accuses the Ministry of Health of illegally procuring IKM’s services without the then Attorney-General Githu Muigai. approval/

The report indicates that the ministry handpicked IKM to provide legal services on the MES project and did not allow other law firms to bid as required by law.

“IKM Advocates was identified by the MoH and engaged as the legal transaction adviser, even before the Attorney-General gave clearance, at a contract sum of Sh56.5 million as required by Section 17 of the Office of the Attorney General Act, 2015,” the MES report states.

The committee notes in its report that the ministry should have invited quotations from external advocates prequalified by the AG before determining which was best-suited for the job.

“The committee opines that the request by the Ministry of Health to the Attorney-General was just but a decoy used to ratify a decision that the ministry had already taken to determine which legal advisers it wanted to work with,” reads the report.

But in the letter copied to Senate Clerk Jeremiah Nyegenye, Mr. Muite said IKM was selected from a list of law firms prequalified by the office of the Attorney-General to act as external legal advisers to the government.

“The Public Procurement and Disposal Act allowed entities to identify qualified persons from a prequalified list held by another public entity, by virtue of section 32 of the PPDA (now repealed),” the lawyer said.

The ministry, while appearing before the committee during the probe, said section 74 of the Public Procurement and Disposal Act allows it to use direct procurement when there is an urgent need for goods or services.

The committee, however, dismissed the ministry’s submission that the MES was an urgent project hence it was not necessary to use direct procurement to procure IKM’s legal services.

The committee said it was not convinced of the need to preclude the competitive procurement of both legal and financial advisory services.