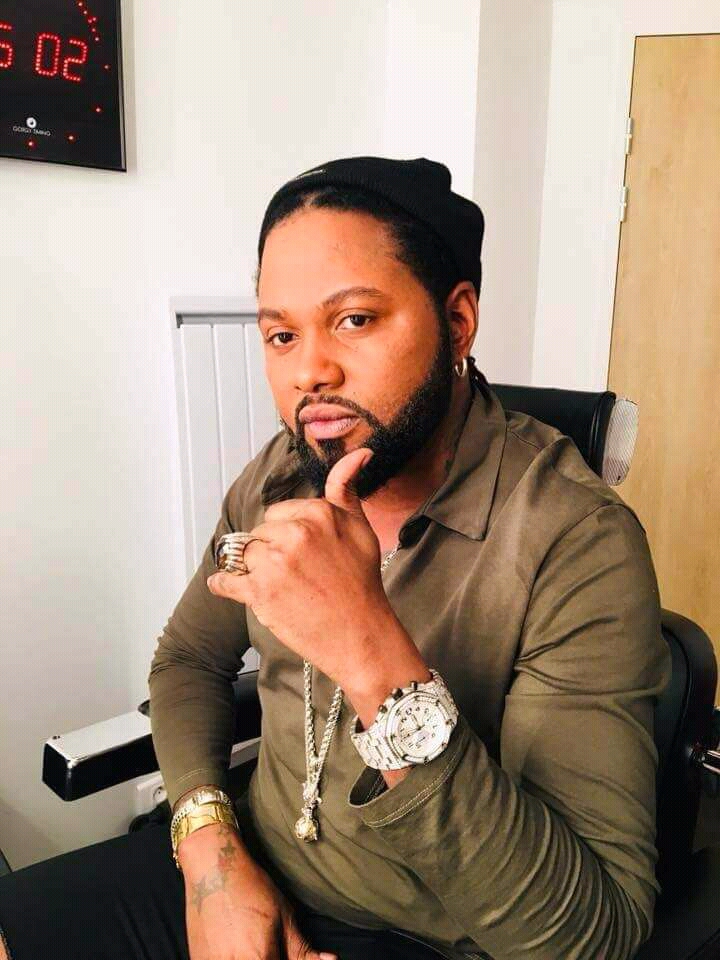 His full names are Hervé NGola Bataringe , born and raised in Democratic Republic of Congo. Golla as he is commonly known is gifted with a fine sound on stage.

“Gola” is a short form of his real name: NGola, Ferre who is a vocalist , and entertainer at times refer to Senior congolesee rhumba maestro Koffi Olomide and Werrason as his musical fathers . He at one time was a member of the Congolese band Quartier Latin International, founded and led since 1986, by Koffi Olomide.

He was born on 3 March 1976, in Kinshasa , the largest city and capital of the Democratic Republic of the Congo. His passion for music was evident from a very young age.

In 1995 during a talent fair in Bandalungwa , an extension of the city of Kinshasa’s communes , he was spotted and recruited by Werrason into the group Wenge Musica. When that band broke up, Gola, Werrason, Didie’ Masela, and Adolphe created the group Wenge Musica Maison Mère where he spent seven years from 1997 to 2004.

He left the group Werrason in 2004 to start The Marquis of Mother House with JDT Mulopwe and Bill Clinton Kalonji who also left Werrason.

In 2005, Gola joined the group Quartier Latin International, of Koffi Olomide , leaving for a solo career in 2006, the same year

With his real name Hervé Gola Bateringe, Ferré has made an exceptional artistic journey which has earned him his current success. He is well known for his work, and is surrounded by a team of young ladies and gentlemen who are well-established both in his administration and in his orchestra, among others: Chikito, Kunzardo, Charly Solo, Mark House, Guy Digital, De Gaulle and others.

Before embracing the solo career, Ferré Gola produced five songs including Vita Imana, Victim of Love, 100 Kilos , Love Interest, Insecticide and others. Ferre is remembered by Kenyans for his Songs, zieme doigt, Panzi Likoloo, Kamasutra, zizou, court circuit among many.